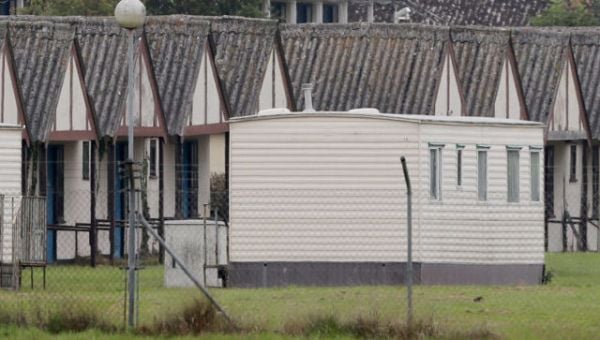 The sexual exploitation of vulnerable migrant women continued unabated during the pandemic, according to a new report from the Immigrant Council of Ireland.

The report, funded by the EU, is the culmination of the TRIPS (Trafficked International Protection Beneficiaries’ Special Needs) project which examined the integration conditions and risk for victims of being exposed or re-exposed to human trafficking across Europe.

The research found major downfalls in supporting victims of human trafficking in Ireland, including a significant reduction in public services to support victims.

Exploitation within the sex industry continued during the pandemic “with pimps and facilitators moving their exploitative practices online”, the Immigrant Council of Ireland has said.

According to the report, victims found difficulty isolating or maintaining social distance within the cramped living conditions of direct provision centres.

The research has also found that, within Ireland, there is difficulty supporting victims of trafficking when it comes to highlighting the different support and integration pathways that exist for victims.

Inappropriate housing of traumatised victims was also cited, with mixed-gender reception accommodations leaving victims at risk of further trauma and exploitation, and accommodation staff being inadequately trained to support and care for victims of trafficking.

Other issues highlighted in the report include insufficient resourcing for psychological and counselling support, lack of access to childcare and legal advice, training and education support grants.

Commenting on the findings, Brian Killoran, Immigrant Council of Ireland CEO, said that the approach by the State in helping victims remains fragmented.

“Ireland has been consistently criticised by anti-trafficking experts and organisations for its inconsistent approach to assisting survivors of trafficking depending on their immigration status – specifically whether they have applied for international protection or not,” Mr Killoran said.

“However, the overall State approach and level of coordination remains fragmented and is in need of reform to ensure the best outcomes for women abused in such dire circumstances.”

The report by the Immigrant Council of Ireland has been launched alongside the TRIPS toolkit which provides advice and guidance for service providers when it comes to human trafficking issues.

It has been recommended that the State victim identification process is reformed to ensure consistent provision of services and supports for all victims of human trafficking whether they are seeking international protection or not.

Other recommendations include the reinforcement and expansion of training and capacity building of frontline service providers, access to appropriate accommodation for victims and better access to legal support.

“It is hoped that with ongoing training and effective awareness building among service providers, a consistent approach reflecting the international best practices identified in the TRIPS project will be standardised and implemented across services, facilitating enhanced cooperation between relevant stakeholders and overall better outcomes for survivors,” Mr Halloran concluded.