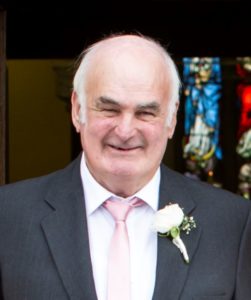 The funeral will take place this weekend of the Galway man killed in a road accident earlier this week. PJ Mahoney from Ardrahan, who was in his late 70s, died at the scene when his car was in collision with another vehicle a short distance from his home at Kiltartan in south Co Galway. His brother, Johnny Mahoney, lives in Castlerea and a member of Castlerea St. Kevin’s GAA club in the town.

The death of Mr Mahoney, a farmer from Tulira in Ardrahan, has caused widespread shock throughout the area as the family were well known for their involvement in sport and community projects.

Gardaí at Loughrea have appealed for witnesses or drivers who may have dashcam footage which might assist their investigations.Top of Form

Driving conditions in the area were poor at the time as Storm Barra battered the west coast, with strong winds and heavy rain when the accident happened.

Mr Mahoney will repose at Monahan’s Funeral Home, Lebane, Ardrahan on Friday, December 10th from 5pm to 7pm. PJ’s funeral cortège will leave his son Patrick’s residence on Saturday morning, the 11th of December, and travel to St. Teresa’s Church, Labane, for Requiem Mass at 12 noon followed by burial afterwards in Labane Cemetery.