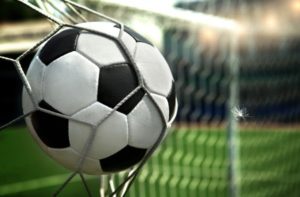 The Roscommon and District Football League has postponed its next two weekends of fixtures amid rising Covid case numbers.

A meeting of the League’s Management committee was held online on Monday evening where it was decided that the fixtures scheduled for the weekends of January 7th to 9th and January 14th to 16th will be deferred to a later date.

“The league secretary had been in contact with all clubs regarding the positivity and isolating numbers within clubs. Based on the figures received from the clubs, the management committee decided that all RDFL fixtures for the next two weekends be postponed in the interest of safety,” read a statement.

“Should clubs have back games that had been postponed for any reason up until now to be played and both clubs involved feel it is safe to do so, they can arrange these games to be played and the fixtures secretary will verify the fixture. This also stands for any external cups that our teams are involved in and is entirely depending on match official availability.

“Another meeting of the league management committee will review this decision in time for announcing whether fixtures will be made for the weekend January 21st to 23rd in the hope that Covid-19 numbers will have at that stage peaked and it is safe to return again,” the statement concluded.