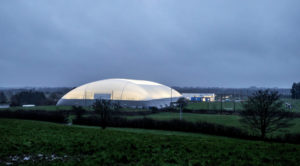 Roscommon are likely to be without a host of recognised players for Saturday’s FBD Connacht League semi-final against Sligo at the NUI Galway Connacht GAA Air Dome.

With Pádraig Pearses and St. Faithleach’s preparing for their respective Connacht club finals, manager Anthony Cunningham will use the game to blood some new players, including members of last year’s U-20 team that reached the All-Ireland final, who have impressed in training.

“For us, it’s about getting to see the young lads who want to impress. They’ve waited long enough for this chance, so it’s only fair that we give them a fair shot at it,” said Cunningham.

Saturday’s match throws in at 6 p.m..