Ireland’s highest temperature in 2021 was recorded in Roscommon 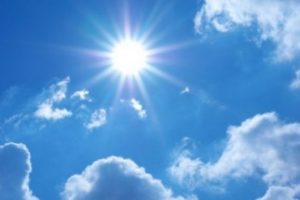 The mercury reached 30.8 degrees at the county’s weather station on July 21st — the highest maximum temperature at Mount Dillon since records began ten years ago.

Overall, the weather summary found that there were above average temperatures and sunshine, and below average rainfall last year.

All mean annual air temperatures across the country were above their long-term average (LTA).

The year’s lowest air temperature (-8.2 degrees) was recorded on January 9th at both Mullingar, County Westmeath, and Dunsany, County Meath.