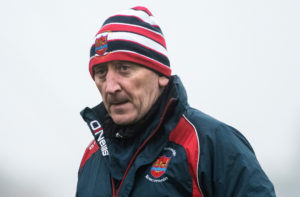 Pat Flanagan is as confident as any man could be that this Sunday’s Connacht final in Ballina will go ahead as scheduled — that is to say, not particularly confident at all.

Like everyone, the Pádraig Pearses manager has watched as the number of Covid-19 cases has exploded, but while he’s all too aware that nothing can be predicted with stone cold certainty, as of now, the plan is still for the ball to be thrown in at 1.30 p.m. this coming Sunday at James Stephens Park in Ballina.

“We’re looking at Sunday, January 9th, as the date for the Connacht final and preparing with that in mind. That’s always been the date, and until we hear otherwise, that’s our target,” he told the Roscommon Herald.

“All we can do is monitor everyone and the lads are looking after themselves as well as they can, but when you see the speed of the spread of the virus at the moment, nobody can say for sure that they’ll be fine until they wake up that morning. It just makes it so difficult to plan everything, even training sessions, because you might have lads sitting out because they are close or household contacts, even if they’re feeling fine themselves,” he highlighted.

Even aside from Covid-19 and players going into states of isolation or restricted movement, preparations at this time of year were likely to be stunted by the festive season. However, the recent O’Rourke Cup final against Roscommon Gaels was a welcome focal point for the men in red.

“We took a few days off after the Connacht semi-final and then went back at it, building up to the league final against Roscommon Gaels which was a very decent game to get. We obviously took a short break for Christmas then, but we’re back up and running now, doing as much as is possible in the circumstances”.

Winter training for winter football — unsurprisingly, Flanagan is not expecting anything other than another tense and tight battle this Sunday afternoon against Knockmore.

“Anyone who wins two Mayo championships in succession has to be a good team, and even though they didn’t get the chance to have a run in Connacht last year, when it’s not your first time to win in your county, you’ll always start thinking that way.

“They had a very tough semi-final against Tourlestrane, wearing them down mentally and physically before picking up the win, and then you’ll have winter weather conditions on top of that, which will really give the game a life of its own,” felt the Pádraig Pearses manager.

However, Flanagan remains firmly convinced that his group are ready and comfortable playing games of this magnitude, regardless of the conditions or the time of year.

“I’d like to think so. Looking back on the way they’ve prepared and played in the last three games, in particular, it’s been exactly what a manager would want. They’ve shown the right attitude and self-belief, particularly you think of the likes of the St. Brigid’s game where we outscored them 0-5 to 0-1 in the last quarter, so I’d hope the players understand now that they have the ability to go to a higher level again.”

Since taking over this role, Flanagan has consistently tried to talk up this group pf players and the club, citing their immense potential at all levels of the game. Now, as they prepare to try and win a first ever provincial title and take their place in the last four of the race for the All-Ireland club title, he’s still singing from the same hymn sheet.

“The way I see it is that there are three hours left to be played in this championship, and we need to put in a big first hour to give us the chance of playing the other two.

“There’s one team to be afraid of out of the eight that are left, and it’s Pádraig Pearses,” he asserted.

“If we perform, we’re as good as any team that’s in it. So far, we’ve played well for periods in games as opposed to full games, even against Mountbellew-Moylough I’d have said there was no need for that to be so tight at the end, we could have put that game away before then.

“We’re letting teams stay in games and come back into games, but these lads are learning that they are a match for anyone, and what I want to do is bring them to the next stage, starting with this Connacht final,” he concluded.