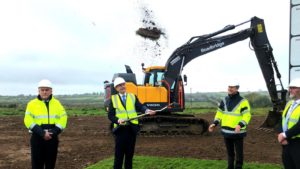 The deadline of 2024 for the completion of works on the new stretch of the N5 Dublin to Westport road to Scramogue Cross to the Ballaghaderreen by-pass was welcomed at the recent budget meeting of Roscommon County Council.

Cllr Valerie Byrne welcomed the deadline for the completion of the new road but asked when work would begin on the project. She welcomed funding for the current N5 and said was pleased with an increase of 12% in investment in the county’s roads.

Cllr Byrne went on to say that the council needed to continue to offer tenants quality housing and said a priority of any new housing was the elimination of storage heaters. She said she was disappointed to learn of the “high refusal rate” for local authority housing offers and said members talked about changing the criteria from three refusals of offers to two.

The Independent Councillor accused the IDA (Industrial Development Authority) of “a lack of commitment to industry in the county” which she added, “makes us more dependent upon tourism”. She went on to welcome the allocation of monies for the county’s burial grounds and amenity grants, noting that the availability of Active Travel Grants was “transforming towns such as Elphin”.

Director of Services Shane Tiernan said he expected construction on the N5 “to begin in March or April”. He said the council was engaging with the Department to provide extra signage for locations that were being bypassed by the new N5.