Vigils held across island of Ireland in memory of Ashling Murphy 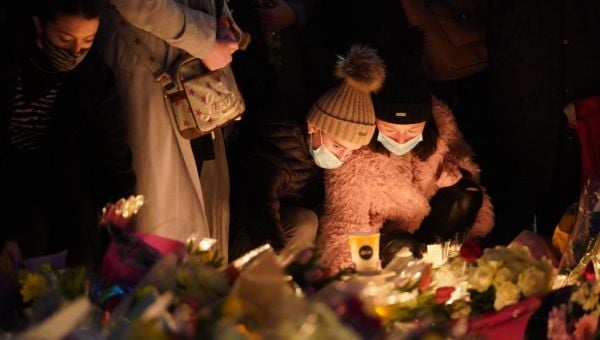 Vigils have taken place across the island of Ireland to remember murdered teacher Ashling Murphy.

Gardaí are continuing the hunt for the killer of the 23-year-old, who was found dead on Wednesday after going for a run on the banks of the Grand Canal in Tullamore, Co Offaly.

Thousands of people gathered in the late afternoon in Tullamore, Dublin and Belfast, as well as in many other towns across the island.

Taoiseach Micheál Martin was among those who gathered outside the Dáil on Friday, while deputy First Minister Michelle O’Neill joined the crowd at City Hall in Belfast.

It feels like the entire town of Tullamore has turned out this evening for Ashling pic.twitter.com/LYKba9peGs

More vigils and memorial events will be held in the days to come.

In Tullamore, shops, businesses and cafés closed early on Friday evening, as the midlands town came largely to a halt as thousands flocked to attend the vigil in a local park.

There were many tears as people of all ages came to mourn and pay their respects to the young teacher.

Friends of Ms Murphy were among the traditional Irish musicians who played at the vigil in Tullamore.

The town has been left reeling from the death of Ms Murphy, who was described as a “special girl” and a “little angel” by her family.

In an interview with the Irish Independent newspaper, her father Raymond said: “She was a great worker, with great drive. A marvellous musician.

“She crammed so much into her short life.”

Those who knew her described her as a gifted musician who was loved by her pupils.

Floral tributes were left outside the gates of Durrow National School, where Ms Murphy taught, and on Friday the school issued a fresh tribute to her.

In a statement posted on Twitter, the school said it was “utterly devastated by the passing of our dear colleague and friend”.

“Ashling was a very professional and talented young teacher. We are deeply saddened by her tragic loss. Our thoughts are also with her beloved family at this sad time.”

Here is the full list with locations and times for each event.