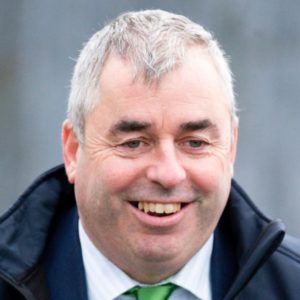 Former Independent Longford Westmeath TD and Minister of State Kevin ‘Boxer’ Moran has lost out on a vacancy on Westmeath County Council, RTÉ is reporting.

The Athlone man, who served as Minister of State for public works before he lost the Dáil seat, wanted to replace his son Jamie, who resigned his council seat earlier this month.

However, councilors have instead voted for Athlone’s Paul Hogan, a former Sinn Fein councillor who left the party in 2018. He was also a general election candidate in 2007, 2011, and 2016.

At a meeting of the local authority this afternoon, Paul Hogan won the vote by a margin of 12 votes to 6. Kevin ‘Boxer’ Moran lost his Dáil seat in 2020 after serving four years as an elected TD for Longford-Westmeath as part of the Independent Alliance.