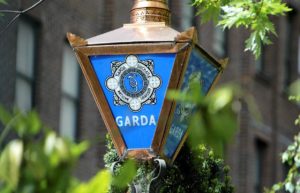 Gardaí investigating a number of robberies in the Mullingar area on Saturday, 22nd January, 2022, are appealing to the public for information.

At approximately 2:45am on Saturday, 22nd January, 2022, a light purple coloured Toyota Vitz (10 D registered) was taken from a housing estate in Mullingar town centre.

Gardaí believe this vehicle was subsequently connected with a number of robberies in the Mullingar area.

At approximately 8:45pm on Saturday, 22nd January, 2022, Gardaí received reports of a car on fire in Barley Hill, Kilbeggan, County Westmeath. The fire was extinguished by local fire services and the car is confirmed as the light purple coloured Toyota Vitz.

Gardaí in Mullingar are appealing for any witnesses to any of these incidents to come forward.

Gardaí are appealing for any road users who may have camera footage (including dash-cam) and were travelling in the Abbeylands area of Mullingar in the early hours of Saturday, 22nd January, 2022, or in the Irishtown and Ballinea areas of Mullingar between 7pm and 8:30pm, to make this footage available to them.

Gardaí are also appealing to any road users who may have camera footage and were in the Barley Hill area of Kilbeggan between 8pm and 8:45pm on Sunday, 22nd January, 2022, to come forward.

Gardaí are also appealing to any persons who may have seen a number of males in the Barley Hill area, walking, loitering at any location or involved in any activity which drew your attention?