Tánaiste urges employers to give staff a pay hike 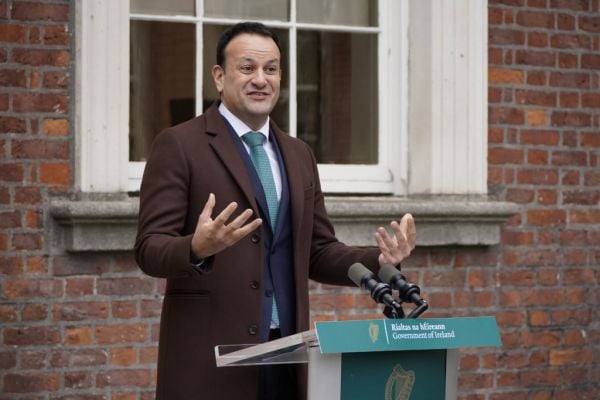 The Tánaiste has urged employers to give staff a pay hike if they can afford it, as the cost of living soars.

Leo Varadkar said he acknowledged that a lot of people are struggling with rising bills, including energy and fuel costs.

He said that while many people are in line to get a pay increase this year, employers should look at increasing the wages of their workers.

“First of all,  I want to acknowledge the fact that the cost of living is rising, that we’re seeing inflation at a level that we haven’t seen in a very long time.

“That is impacting on people’s household incomes.

“A lot of people are struggling with those rising bills, particularly energy bills, petrol, diesel electricity.

“So what we’re doing in a number of areas is there are increases in pay, minimum wage just went up by 3 per cent.

“Where employers can afford pay increases they should do, and the Government certainly is in relation to public sector pay.

“We do have the welfare pension and tax package kicking in this month – deductions and income tax increases, and on top of a fuel allowance increase.

“There’s also measures to cap increases in rents at 2 per cent, to freeze childcare, and to introduce this €100 discount to electricity bills.”

He made the comments as he published legislation that will allow workers to request the right to work from home.

Tánaiste @LeoVaradkar has published details of a new law which will give employees the right to request remote working.

This will, for the 1st time, provide a legal framework around which requesting, approving or refusing a request for remote work can be based. #MakingRemoteWork

Mr Varadkar said that an employee of six months will have the automatic right to apply for remote working.

The heads of Bill was passed by Cabinet on Tuesday.

Under the terms, the employer must reply to the request within 12 weeks.

If rejected, an employee can appeal the decision through an internal appeals mechanism and then the Workplace Relations Commission (WRC).

Employers can refuse a request under 13 headings, which is set to be expanded when the full piece of legislation is published.

Mr Varadkar said any refusal must be for a “good” reason and denied that the conditions to refuse a request is expansive.

“They do have to stack up.

“It won’t be just enough to give one of the reasons, you’ll have to be able to show that that reason stacks up,” Mr Varadkar added.

“One, it might impose an unfair cost on the employer that would make the business unviable or less viable, for example, it might result in a diminution of services to the public.

“I don’t think anybody wants that to happen.

“There does have to be a list, but it’s not just a case of an employee being able to give any old reason.

“It’ll have to be a specified reason and that reason we’ll have to stack up.”

He said it is his intention that any ruling by the WRC, whether the employee is successful or not, will be binding.

“It is simply not practical for some work to be done from home or remotely,” the Fine Gael leader added.

“Anyone who thinks that you can have some sort of absolute right to remote working is pulling your leg.

“People who are suggesting somehow that you can have an absolute right to remote working most likely live in a shoe box or something.

“How can you possibly build a house from your back office?”