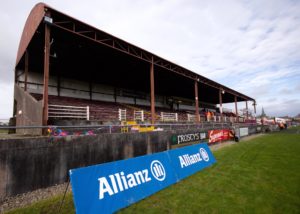 Tuam Stadium will host this year’s Connacht LGFA senior and intermediate football finals on Sunday next.

Roscommon will play reigning champions Leitrim in the intermediate decider at 2 p.m., followed by the senior decider between Mayo and Galway at 4 p.m..

Ollie Lennon’s side have already been crowned Division Three champions this season but face a tough task against a Leitrim side that beat them by 2-11 to 2-8 in last December’s final in Carrick-on-Shannon.

When the sides met in the group stages of this year’s championship on Good Friday, Leitrim also prevailed by 2-12 to 1-10, so Roscommon are under no illusions about the task that faces them on Sunday.

Roscommon also beat Sligo and were defeated by Clare, but the latter wasn’t eligible to qualify for the provincial final, despite winning all their games.