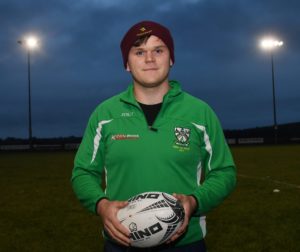 It has been a night to remember for Creggs RFC at the Connacht Rugby Awards Ball in Galway.

Brian Diffley has been awarded Junior Club Player of the Year and Creggs RFC has also been chosen as Club of the Year.

Diffley has been a terrific ambassador for the club on and off the field in recent seasons, showing immense leadership in games alongside being club captain.

The accolade of Club of the Year will be particularly sweet for the “little village with a big heart” located on the Roscommon/Galway border.

Proceeds from its recent mega development draw will be used to support the construction and development of facilities for women and underage teams in the club.

The club also boasts of a state-of-the-art 4G pitch, alongside a main spectator stand, which is the envy of many clubs around the country and is also used by many clubs from other sports.

When it comes to club development, there are few better than turning dreams into reality than Creggs RFC. Fittingly, that ability to “think outside the box” has been recognised by Connacht Rugby tonight.