GAA: Kilkenny hurlers and Limerick footballers out on top in provincial action 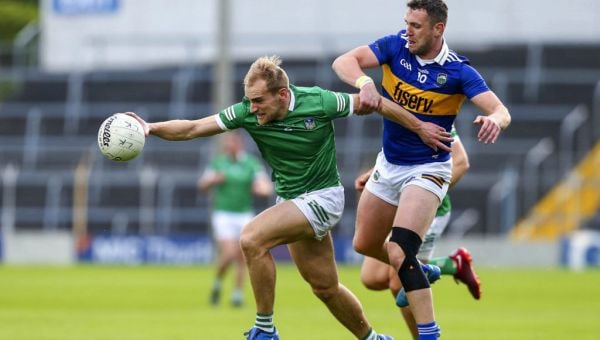 Kilkenny hurlers and Limerick footballers have come out on top in today’s provincial GAA action.

Kilkenny made it three wins from four in the Leinster Hurling round-robin series after putting Dublin to the sword this afternoon.

The Cats won on a scoreline of 3-25 to 0-17 at Parnell Park, leaving them with six points on the table alongside the Dubs in second place.

Galway are currently top of the table after beating Laois by 22 points this afternoon, while Wexford’s chances of reaching the Leinster final are out of their hands as they were pegged back by Westmeath late on to record a 2-15 to 0-21 draw.

Limerick are into the Munster Senior Football Championship final after beating 2020 winners Tipperary this evening.

Goals from Josh Ryan and Brian Donovan helped the Treaty to a 2-10 to 0-10 win over their neighbours at Semple Stadium.

Kerry now await the winners in the decider.

Tyrone are the All-Ireland under-20 football champions after beating Kildare in today’s final.

Ruairi Canavan scored the goal to bring the title back to the Red Hand, with it finishing Tyrone 1-20 to Kildare 1-14.

Stacey Grimes hit 1-7 as Meath set up a Leinster senior football final clash against Dublin on May 28th with a comfortable win against Westmeath in Pairc Tailteann.

Meath were 1-7 to 0-2 to the good at half-time and second half goals from Niamh Gallogly and substitute Ciara Smyth ensured the win for the reigning All-Ireland Champions.

The Faithful held on for a 4-23 to 2-28 victory at Austin Stack Park. Offaly now move up to second in the table with that win.

Carlow picked up their second win of the campaign with a 2-25 to 1-19 win over Down at Netwatch Cullen Park.