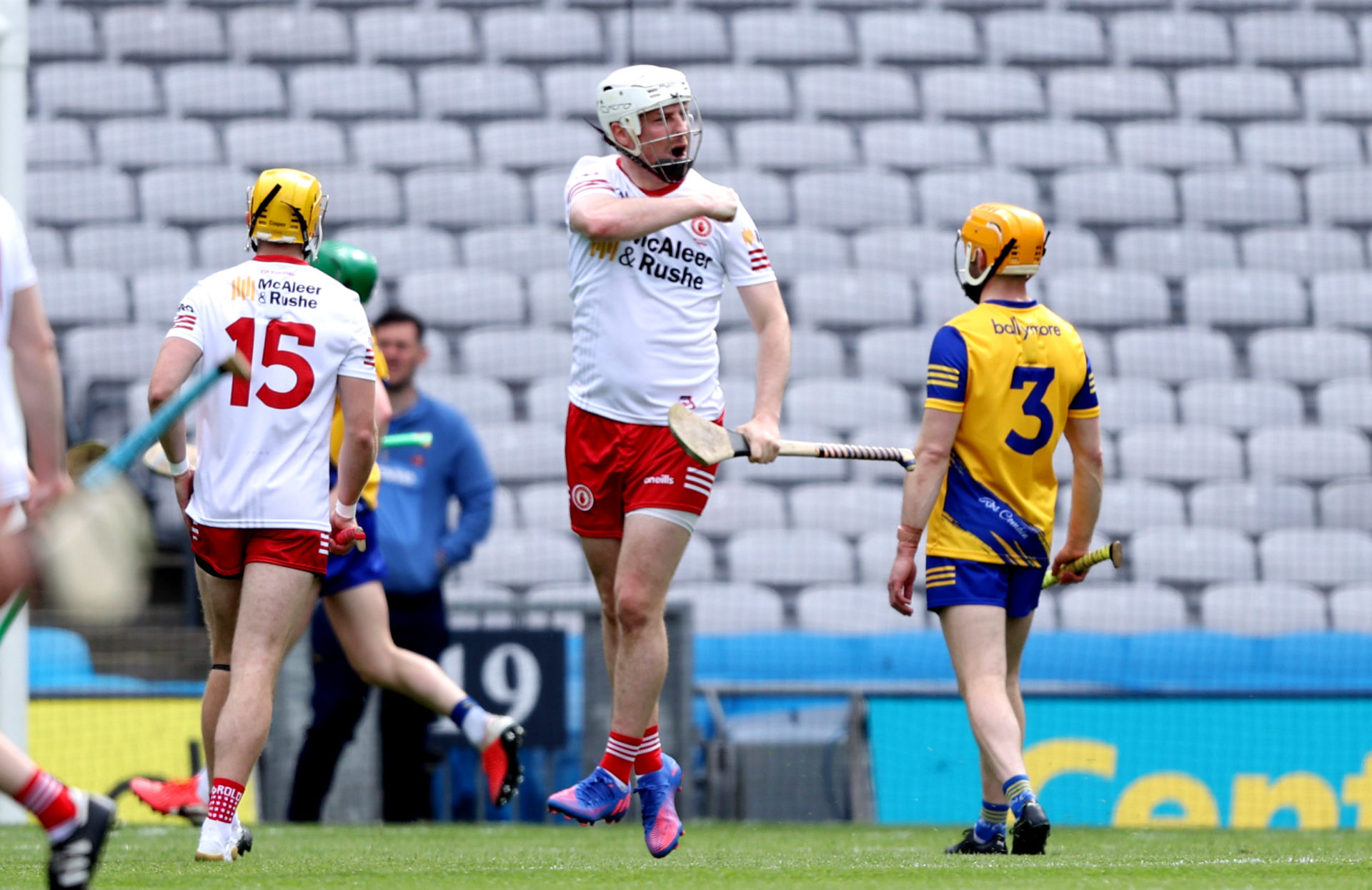 Roscommon’s dreams of Croke Park glory were left on life support after they conceded ten of the first 12 scores in this afternoon’s Nickey Rackard Cup final at Croke Park, and while they were much more competitive for the remainder of the contest, they never looked like reeling in a Tyrone team that was much more competitive and sharp in the middle third of the field.

Both sides were led by an incredibly accurate freetaker that ended the contest with 0-14 to their name, but while Cathal Dolan was the only other Rossie outside of Daniel Glynn to raise more than a single flag, Tyrone were able to threaten scores from all over the field and that showed in the latter stages of the contest.

Two long range points from Daniel Glynn, one from play and one from a free, kept Roscommon in touch at 0-3 to 0-2 behind with six minutes gone, but Tyrone were about to hit on a real purple patch as they shot the next seven points without reply, all while Roscommon’s touch looked cumbersome and their legs looked heavy.

In particular, Roscommon simply couldn’t get anything going close to goal, as evidenced by their full forward line registering a solitary point between them over the 70 minutes, that a long-range strike from Brendan Mulry in the second half, after he drifted way out from goal to chase down possession.

The only goal of the game was flicked to the net by Seán Óg Grogan in the 22nd minute, the Éire Óg player rising highest to meet a lobbed pass from his club colleague Aidan Kelly, and at 1-14 to 0-9 in front at the interval, the Ulster men had a considerable cushion going into the second half.

Roscommon’s best spell in the game was undoubtedly the first six minutes of the second half when Daniel Glynn, Cathal Dolan and Oisín Kelly all found the target to cut the gap back to five, but they needed to keep that momentum going and a couple of stoppages, allied to some misplaced passes and fumbles as they tried to attack the game, were to prove crucial.

Seán Óg Grogan was again to the fore as he sprinted clear of the Roscommon back-line to fire over a good point on the run, and when five scoreless minutes was concluded with another free from Casey, it felt as if Tyrone had weather the only storm that was to come their way.

With ten minutes left, the game wasn’t entirely gone from Roscommon as they trailed by seven points, but they just couldn’t find a way to test Conor McElhatton in the Tyrone goal, and as they grew increasingly desperate to try and force a green flag, more and more opportunities opened up for Tyrone to stretch their lead and take the pressure out of the closing minutes.

For a full report, reaction and analysis from this game, check out Tuesday’s Roscommon Herald.