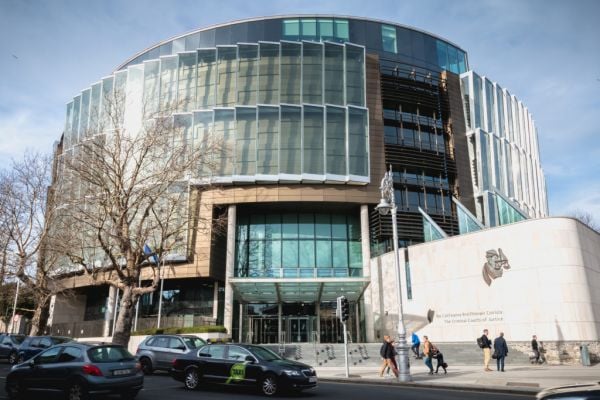 A convicted sex offender who threatened to kill his female neighbour while armed with a knife has been jailed for two and a half years.

Stephen Phelan (37) was suffering from delusional or paranoid beliefs in relation to the woman when he threatened to kill her and tried to kick her door down in August 2o21, Dublin Circuit Criminal Court heard on Monday.

Phelan also told the woman he had been watching her for the last three years, Garda Michael Gill told the court.

Phelan, with an address at Poddle Close, Crumlin, Dublin pleaded guilty to one count of making a threat to kill, one count of producing a knife and one count of trespassing in a manner likely to cause fear at the same address on August 5th, 2021.

He has 67 previous convictions, including aggravated sexual assault while armed with a knife and multiple assaults and violent disorder incidents, the court heard. He has been in custody since the incident last year.

In a victim impact statement read out by prosecuting counsel, Garrett McCormack BL, the woman said she has had to leave her home since the attack and now lives with her mother. She said she is in constant fear, both for herself and her children, and struggles with anxiety.

“I never did anything to him and he attacked me for no reason,” she said.

Gda Gill told the court that Phelan approached his neighbour and started screaming at her that she had “set him up”. He said he had been watching her for the past three years and that he knew what time she went to work.

He then jumped over the garden railings and came towards her armed with a knife, the court heard. The woman was terrified and ran back into her house. Phelan started trying to kick the door down, with the woman using her body weight to prevent it opening.

A neighbour eventually shouted at Phelan that they had called the gardaí and he left the scene. He was arrested a few days later.

Gda Gill said Phelan and his neighbour never had any “bad dealings” in the past and that he was “delusional” at the time. Phelan had smoked cannabis prior to the attack, the court heard.

Defence counsel said that upon his release, Phelan intends to live elsewhere, although he is very close to his mother, who lives on the same road as the victim.

Sentencing him on Monday, Judge Martin Nolan said Phelan’s actions that day were totally irrational and very frightening for the victim.

He handed down a four-year sentence and suspended the last 18 months on a number of conditions including that he make no contact with the victim for a period of 10 years.

The judge also ordered Phelan not to live within a mile of the victim’s home and not to come within half a mile of her address.