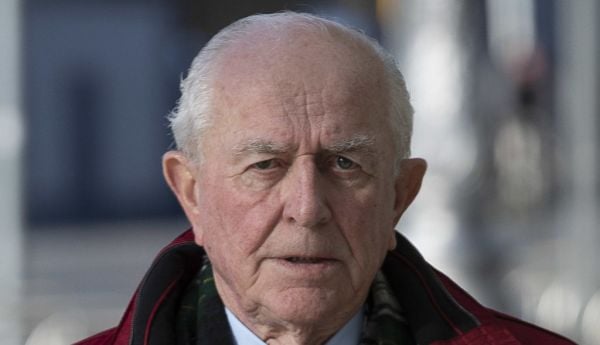 A retired school principal charged with 90 counts of sexual abuse of 20 boys in Dublin over 28 years has deferred his bail hearing because he had to go into isolation.

It followed an investigation by the Divisional Protective Services Unit at Kevin Street Garda station.

He was due to face a bail hearing on Monday and appeared via video link from prison. Mr Harte, from Glendown Park, Templeogue, Dublin, spoke only to confirm he could see and hear the proceedings.

Defence counsel John Griffin said his client had to be admitted to hospital since his last appearance.

Counsel added that he needed to see his client in person but could not do that because the accused must remain in isolation for several days.

Previously, Detective Garda Colleen Gallagher gave Judge Kelly a list of the offences, and she told the court that the accused “made no reply to charge after caution”.

The Director of Public Prosecutions (DPP) directed trial on indictment in the circuit court.

Counsel said he had been furnished with a “very large bail pack” of garda objections, adding, “which requires some time to go through and I need to put to him”.

The former teacher, who later became a principal at the school, has not yet indicated how he will plead.

Prosecutors have to complete the book of evidence before he can be returned for trial to the higher court. He has been granted legal aid.