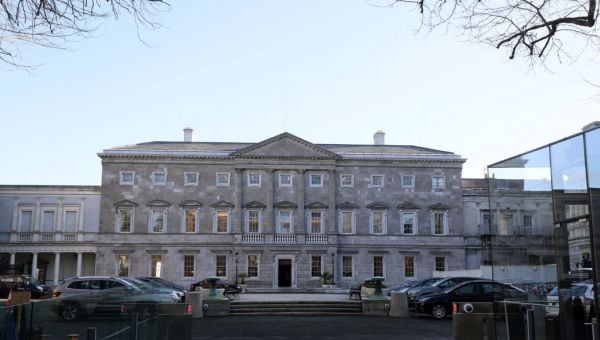 Incidents of TDs and Senators sleeping in their cars because they cannot get a hotel room is not a “widespread phenomenon”, Taoiseach Micheál Martin has said.

Mr Martin, speaking in Co Cork on Monday, said he was not “familiar” with the report in the Irish Daily Mail that an Oireachtas member based in the west of Ireland had to sleep in his car for two nights after failing to find a hotel room in Dublin.

“I don’t think it’s a widespread phenomenon, to be frank about it.

“But clearly tourism has rebounded, as we saw from figures this morning that were announced.

“But again, I don’t think there are too many TDs sleeping in cars, but there are pressures in terms of accommodation, of that there is no doubt.”

Great news from @merckgroup today – a €440m investment in the Cork region with 370 new jobs.

Huge vote of confidence in their workforce here, as well as Ireland as a destination for investment and growth.@Merck_lifesci pic.twitter.com/JLBMaM5sAo

Minister for Housing Darragh O’Brien told RTÉ Radio: “Obviously, for TDs coming up from the west, many will stay in hotels or apartments, or they’ll share, so I’m not familiar with the specifics of the case.

“Obviously, a lot of our accommodation right now has been taken up, understandably, by the initial response to the war in Ukraine, and many hotels are contracted in the short term to take our friends from Ukraine and to look after them and to provide them shelter.

“I haven’t had instances like this brought to me before in relation to a TD or otherwise actually seeking hotel accommodation, which is obviously to stay for a night or two.

“Obviously that situation is a serious one, but we have a number of serious challenges across the board in housing.”

Mr O’Brien said that he will introduce additional legislation in the coming weeks that will further restrict the short-term letting of houses and apartments.

He added: “We very clearly set out in the Housing For All Plan that we will bring forward a vacant-property tax based on the data collection from Revenue. That has been worked through right now.”

When asked about a vacant-property tax, Mr Martin said “we’re going to have to examine that”.

“We’re going to deal with the zoned land issue – that zoned land needs to be brought into use if land is zoned for residential purposes.

“We haven’t seen the full results of that. But the indications are that the vacancy is not as high as some are saying it is, in real terms.

“For example, if you look at Dublin, there were recent reports again indicating that vacancy levels were very low in Dublin. Occupancy was as high as 96 per cent.

“So that issue needs to be subject to detailed, professional analysis before decisions are taken.”

Mr Martin was in Cork on Monday for the announcement by pharma giant Merck of the expansion of its facility at Carrigtwohill, and the construction of a new facility in Blarney.

Merck said 370 jobs would be created and €440 million invested as part of the projects.