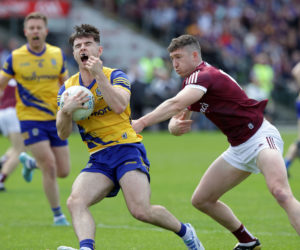 The Rossies have a clean bill of health and the encouragement gleaned from another strong showing from the bench against Galway in the Connacht final means that the management team have some difficult decisions to make ahead of this weekend’s match.

“Everyone is fine at the moment. They’re pushing each other really hard in training. They would have been buoyed by the way they got back into the game (against Galway) and going very close at the finish. But obviously we have to tidy up on aspects of our play, like Galway getting through, particularly their half-back line coming through the middle.

“But there has been a massive response and guys are really up for this. We’re going as well as if we had a win that last day. There’s a big prize in terms of what these players want — to play in an All-Ireland quarter-final. To do that, they have one chance, and that’s against Clare this weekend,” Cunningham told the Roscommon Herald.