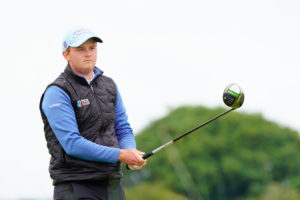 A County Roscommon golfer is hoping to continue his fine form in 2022 when he tackles the Connacht Men’s Stroke Play at Portumna GC this weekend.

Played over two days, the 72-hole stroke play event is the latest competition on the Men’s Bridgestone Tour, as 72 players will look to succeed Alex Maguire as the Connacht Men’s Stroke Play champion.

Allan Hill, Roscommon Golf Club, has enjoyed an excellent season so far with a semi-final appearance at the West of Ireland, followed by a T4 finish at the East of Ireland earlier this week, and now he’s set for what he hopes is an enjoyable two days on the Galway course.

“I played decently in Baltray. I’m happy enough overall. It’s meant to be breezy enough this week, so fingers crossed I can bring some form in.”

Hill missed the Flogas Irish Men’s Amatuer Open with college exams in Maynooth University, but he hopes to have a fine summer, with those exams now behind him.

“The exams took a toll on my game for a few weeks. It was pretty tricky to balance them both, especially with The R&A’s Student Series and some events here at home. Hopefully, the exams went well, but it’s nice to put the focus on golf now,” he said.

“Portumna has a brilliant reputation. The course is in unreal condition too. It’ll be tough off the tee. It’s everything you want in a Championship venue. We’ll see what happens come Sunday, but I’m not putting too much pressure on myself.”

The top 39 and ties will make the 36-hole cut on Saturday evening, and compete in a further 36 holes on Sunday.