One change on Roscommon team to face Clare 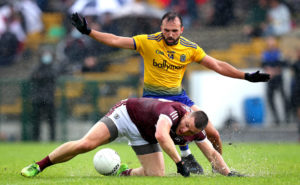 Roscommon captain Donie Smith must be content with a place on the bench this afternoon. Picture: INPHO/Ryan Byrne

The Roscommon senior football team to face Clare in this afternoon’s Round Two Qualifier at Croke Park has been named.

It shows one change from the team that were defeated by Galway in the Connacht final, with Fuerty’s Niall Kilroy coming in for captain Donie Smith at full-forward who is among the substitutes. Ciaráin Murtagh from St. Faithleach’s takes over as captain.

Eoin McCormack and Diarmuid Murtagh are named on the bench