Feeley in the mix on second stage of Rás Tailteann 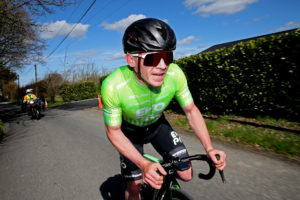 The 155 kilometres stage between Horse and Jockey and Castleisland saw Feeley, representing Cork All human-VeloRevolution, prominent throughout, and he managed to get himself into the day’s crucial breakaway group to finish fourth on the stage.

The stage was won by 20-year-old British rider Louis Sutton.

Friday’s Stage Three will be 172 kilometres between Newcastlewest and Lisdoonvarna. The race finishes on Sunday.