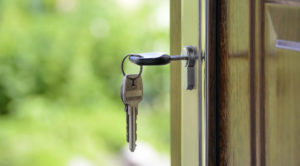 Senator Eugene Murphy has been informed by Minister for Housing Darragh O’ Brien that approval in principle is to be given to Galway County Council for a turnkey housing scheme at Kilgarve, Ballinasloe.

“This is the third major Housing announcement by the minister for housing and the Government.
It clearly shows the commitment is there to provide Housing for our people,” said Senator Murphy. “I also express my thanks to housing sections of Galway and Roscommon County Councils for playing their part in progressing such schemes.”