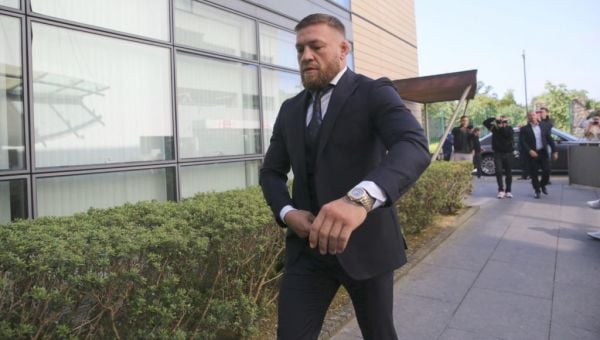 McGregor, 33, the world’s highest-paid athlete last year, was pulled over and arrested.

Gardaí charged him with two counts of dangerous driving in the 2019-reg car at the N4/M50 interchange in Palmerstown and the Lucan Road, being uninsured, having no licence, and failing to produce his documents within 10 days.

There was a brief court hearing in April. He was given an 11-week adjournment after his solicitor Michael Staines confirmed he showed the arresting officer a copy of his client’s insurance and licence. 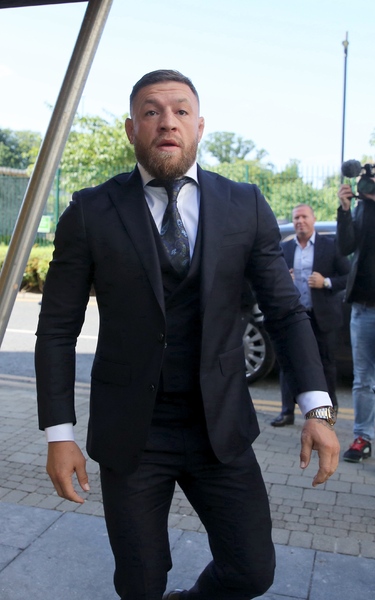 The fighter returned to Blanchardstown District Court in Dublin on Thursday. Dressed in a navy suit, he arrived in a 2021-registered Rolls Royce, and after meeting with his solicitor, he sat in the public gallery.

Once his case was called, he moved into the defendant’s bench and listened to the proceedings.

Court Garda Sergeant Walter Sweeney told Judge David McHugh: “This matter, the file is with the DPP for consideration.”

He asked the judge to adjourn the case “for consideration of further charges”.

Mr Staines told Judge McHugh he had discussed the matter with McGregor, and he consented. However, he has not yet indicated a plea.

Judge McHugh remanded him to appear again on September 8th for the DPP’s directions.

Dubliner McGregor, who now lives at Ladycastle, Straffan, Co. Kildare, did not address the court.

On conviction, dangerous driving carries a maximum fine of up to €5,000 and six months imprisonment.

At his previous hearing, arresting Garda Denis Lordon of Lucan station had said he made no reply when charged.