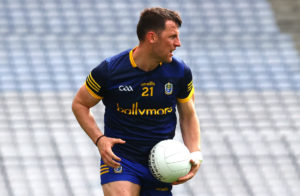 Roscommon forward Diarmuid Murtagh has admitted that the days since the All-Ireland qualifier defeat against Clare have been the longest he has ever experienced after a game.

The Rossies were stunned by the Banner County in Croke Park on Saturday week last when Clare’s late rally, which procured an unanswered 1-3, floored Anthony Cunningham’s men.

Speaking on The Sideline View podcast with Darragh O’Connor, which airs at 6 p.m. this evening (Thursday), the St. Faithleach’s forward said that he couldn’t wait to get back training to prove the team’s doubters wrong.

“It was very hard watching it on the sideline because you can see where the game is going. Once they get that penalty, you can see that it’s written for them to cause an upset. That momentum was huge for them at the time, and they made use of it.

“It has been the longest week and a half I’ve ever had after a game. You just think so much about it. People don’t realise that the team themselves are their biggest critics. You beat yourself up about it a lot.

“You’d be mad to get back at it again and prove a point next year.”