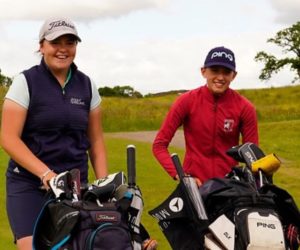 A Roscommon golfer may have missed out on the top prize at the Connacht Women’s Senior Championship at Castle Dargon, but Olivia Costello admitted that being involved in the last group on the final day of competition was the “coolest thing in the world”.

The Roscommon Golf Club player was beaten by Belfast golfer Katie Poots in a play-off after both players finished on 213 after shooting 71s in their final round.

But Poots, who plays out of Knock Golf Club, sank a 25-footer in the sudden death play-off to win the title.

On Friday, Costello tweeted: Disappointing not to get the win but loved everything about the last few days.

“In the last group on the final day of a competition is the coolest thing in the world competing to win. I love it so much.

Well done Katie Poots on the win. Class going head to head with my friend.”

Costello, alongside Poots, has also been selected to represent Ireland at the European Girls’ Championships in Iceland between July 5th and 9th.