Ireland’s travel chaos: Prepare for ‘a stressful summer for everybody involved’ 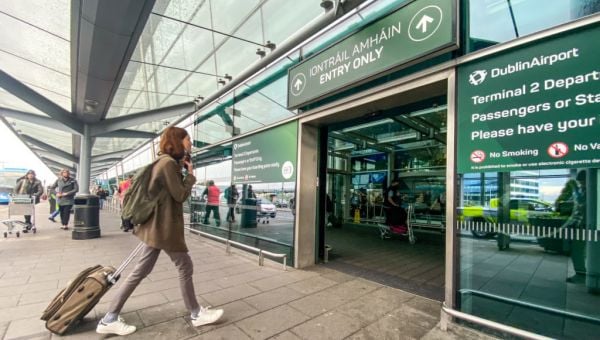 Long queues at check-in and security, cancelled or delayed flights and baggage issues – by now we are all familiar with the issues plaguing airports across Europe this summer.

Ireland has not escaped the continent’s travel chaos, with queues at Dublin Airport making headlines and leading the airport’s operator, Daa, to admit it had “let the nation down”.

With many now feeling apprehensive about a trip to the airport, we spoke to travel expert Eoghan Corry to find out what travelling might look like for the remainder of the summer.

What can travellers expect this July and August?

“The numbers for the summer mean that it’s going to be a stressful summer for everybody involved – including the passengers.

“After that, the pressure starts lifting as soon as the schools reopen.”

What is causing all this chaos?

“The essential thing at the root is everybody scaled down [staffing] for Covid,” Mr Corry says, with this including airports, airlines and subcontractors responsible for the likes of feeding passengers and cleaning toilets.

“Everybody has scaled back up for post-Covid and aviation traffic passenger numbers ran at three or four percentage points higher than anyone anticipated. Some people are better able to deal with this. Some people weren’t,” he says.

“Same issue, just change the language, and that’s what you’re dealing with right across Europe.”

So what is a trip through Dublin Airport like at present?

Passengers are still periodically reporting queues for security and check-in – although not at the level seen at the end of May when more than 1,000 travellers missed flights due to lines stretching outside the airport’s terminal buildings.

Delays were confirmed on Sunday at check-in desks and bag drop areas due to staffing challenges faced by airlines, as the airport sees its busiest weekend of the year so far with 53,000 travellers departing today alone.

Queues at security screening were “moving well” on both Saturday and Sunday, Daa said, with a spokesman adding that the recruitment and training of new security staff was also “progressing well.”

“We are on track to achieve our target of having more than 900 security staff by the end of June. This means we will have more security staff in place than we had in 2019,” he said.

“Our hiring efforts won’t stop there, with around 100 additional security screeners set to be hired over the course of July, which will allow us to keep pace with the continued bounce back in passenger numbers.”

With all these moves to address the issue – could things at the airport still get worse before they get better?

Mr Corry says the situation this summer could get “conceivably worse than better” as issues arise in “patches”.

Some issues may not yet have come to a head, such as a squeeze on car parking spaces due to the closure of private car park QuickPark – resulting in the loss of 6,500 spaces.

“If you look at the internet, there are a lot of dates in July and August [when the airport’s long-term car parks] are full,” says Mr Corry. “Just another on the list of all the things that are stretched to the limit.”

And even if Dublin Airport manages to quickly resolve the myriad of issues facing it, other airports might not be so lucky – resulting in knock-on impacts here when flights elsewhere are delayed or cancelled, or baggage is lost.

“It does throw a lot of extra uncertainty into the travel experience because everything is stretched,” Mr Corry says.

“It comes in patches… [but] most airports are on the case of hiring staff and getting their numbers back up again.

“The security staff in Dublin Airport, [it is] well publicised [that] 30 people a week [are] coming on-stream. That means that every week you’re 30 fewer people likely to be in a meltdown situation like we were three weeks ago.”

What about the threat of cancelled flights?

Mr Corry says some airlines recognised staffing issues earlier than others – with the two Irish airlines having “done really well.”

“Aer Lingus and Ryanair both rostered and scheduled more or less as to what they could deliver. That meant hard decisions were made in Aer Lingus, for instance, and some of the transatlantic routes that they might have reopened, they decided not to do it.”

With some Ryanair cabin crew striking this weekend in European countries including Belgium, Spain, Portugal, France and Italy in a dispute over pay and working conditions, passengers may fear further flight delays or cancellations.

However, Mr Corry says this is a “minor issue in the whole scale of things because the ability of the cabin crew to inflict any disruption will be limited.”

“It’s limited for a couple of reasons. First of all, Ryanair is multinational – they can move people around very quickly. But the most important thing is you’re not dealing with the major unions,” he says.

Ryanair confirmed “minimal strike disruption” on Friday, saying less than two per cent of its 3,000 flights had been affected, with the disruption mainly confined to Belgium.

However, the airline added that it expects some disruption over the weekend mainly in France, Italy and Spain due to a two-day strike in the French Air Traffic Control centre in Marseille, “which will significantly delay or impact flights crossing French airspace.”

Mr Corry says the real strike threat this summer will come from such air traffic control workers rather than cabin crew.

“They’re the ones that will probably cause more damage this summer when they go on strike again – which they will,” he says.

For the nervous flyers – is any of this a safety concern?

And for the lucky travellers who do manage to make it abroad – is it plain sailing from there?

That may not be the case. A recent Lonely Planet article highlighting soaring accommodation and car rental costs in Dublin drew criticism at home, but Ireland is not alone in these issues.

“Car hire costs are off the scale and not just in Ireland. Basically, the fleet is way short of demand.

“The hotel situation is probably more acute in Dublin because we were short of hotel beds before Covid… hotel accommodation is a particularly raw supply and demand product. The hoteliers charge what the market will bear.

“But there are similar cost pressures right across Europe. Costs on the ground are up. The same energy costs, and food costs, are being faced by people in different countries.”