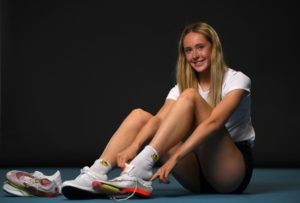 A County Roscommon athlete has been selected on the Irish team for the upcoming European Youth Olympic Festival (EYOF) in Slovakia later this month.

Sixteen-year-old Hollie Kilroe, from Suck Valley AC, will compete in the 400 metres and the medley relay. She is one of 16 athletes in the 33-strong team who will compete across seven sports.

The multi-sport event, which is aimed at athletes aged 14-17 years, will take place in Banska Bystrica, Slovakia, and will run between July 25th and 31st.

Alongside Clodagh Gill from Ballina, Hollie is the only athlete from Connacht selected on the team.

“I’m really looking forward to it. My aim is to make the final and run under 56 seconds,” she told the Roscommon Herald.

In September 2021, Hollie dipped her toes into international competition for the first time after next after being selected on the Irish Schools’ team for the SIAB Track and Field Championships in Derbyshire, England.

The EYOF is a prestigious event that plays an important role in the development of an athlete, replicating the Olympic Games model. It is run biennially, with the summer event ordinarily run on the alternate year to the winter EYOF.

This year’s event was originally scheduled for July 2021 and was moved in line with the postponed Tokyo Olympics.