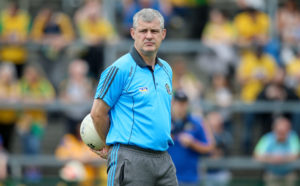 RTÉ Sport is reporting that Kevin McStay, who resides in Roscommon Town, is “a strong candidate” for consideration ahead of the deadline for nominations on Friday evening.

McStay was in charge of the Rossies in 2016 alongside Fergal O’Donnell before taking sole ownership of the manager’s post for 2017 and 2018. Alongside Liam McHale and Ger Dowd, they led Roscommon to a famous provincial title against Galway in Pearse Stadium five years ago.

McStay is currently involved with the Roscommon Gaels U-17 footballers, whom he led to Division One Championship success in 2021.