Kilroe out of the medals in Slovakia 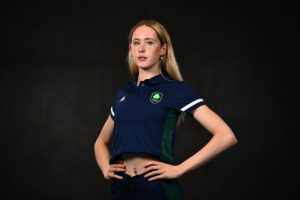 Roscommon athlete Hollie Kilroe’s hopes of winning a medal at the European Youth Olympic Festival in Slovakia were dashed when she finished eighth in this evening’s 400 metres final.

The Suck Valley athlete was below her best, finishing over three seconds behind the gold medal winner from Turkey, posting a time of 57.74.

Earlier in the week, she had posted a time of 56.61 in reaching the final, which was a new personal best.

Kilroe’s aim was to make the final, which she did, and that’s something she will take plenty of consolation from as she plies her trade competing in elite company over the coming months and years.

It was only the Ballybride native’s second time to represent her country in competition on the international stage.