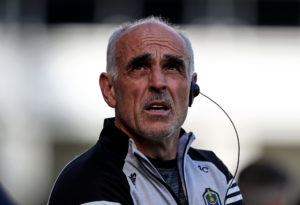 Anthony Cunningham has stepped down as Roscommon senior football manager after four years in charge.

Cunningham, who was appointed in November 2018, informed Roscommon GAA that he didn’t wish to be considered as manager for a fifth year.

His final game as Roscommon boss was the heartbreaking one-point loss against Clare in Croke Park last June when his side coughed up a five-point lead within sight of an All-Ireland quarter-final against Derry.

In a statement, Roscommon GAA Chairperson, Brian Carroll, said: “I want to thank Anthony for everything he has done for Roscommon football over the last four years.

“Anthony gave everything while manager and we had many memorable days along the journey. On behalf of everyone in Roscommon, I want to thank Anthony and his management teams for all their efforts and work.

“Anthony is one of life’s gentlemen and I wish him the best of luck in the future.”

While Cunningham’s decision to step away from the fold isn’t entirely a surprise, the timing of the announcement is hardly ideal with the local club football championships set to get underway this weekend.