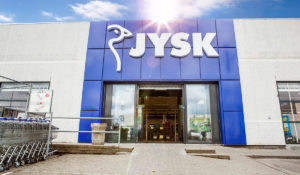 JYSK, a Danish retailer, which specialises in homewares, will open on Saturday, August 25th, and will be located at Arcadia Retail Park, Athlone. The store will provide 12 new jobs.

Founded in 1979 by Lars Larsen in Aarhus, Denmark, JYSK is one of the fastest-growing retail chains in Europe. Now operating in over 50 countries, it boasts more than 3,000 stores worldwide, including 15 in Ireland.

The store has often been compared to IKEA because of its affordable homewares, bedding, and furniture.

Last year, it opened six new stores in Ireland. Its only current store in the Midlands is in Portlaoise.