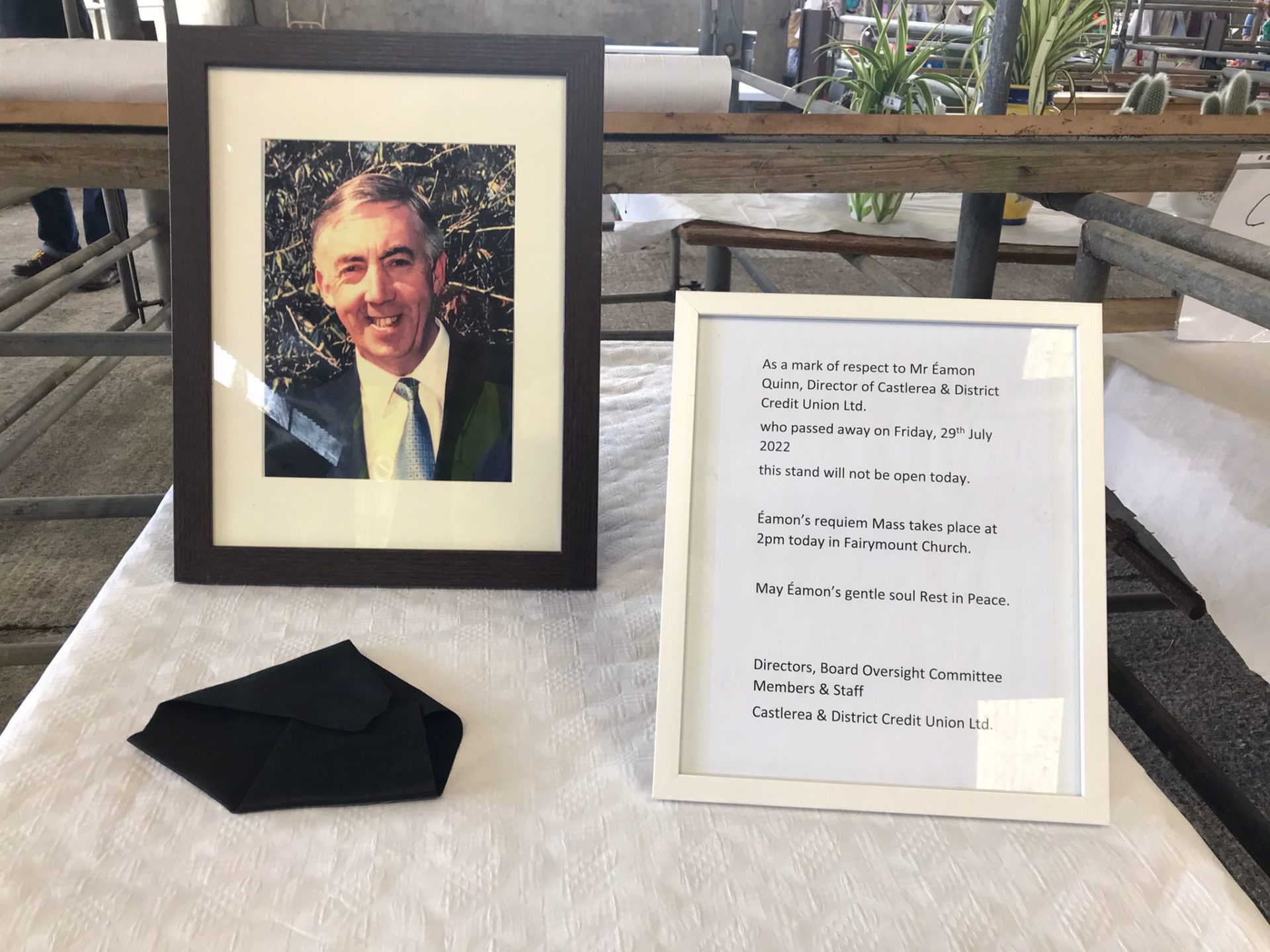 Tributes have been paid to a well-respected Fairymount man who passed away on Friday last.

Éamon J. Quinn, from Eden, Fairymount, Castlerea, passed away peacefully at University Hospital Galway on July 29th with his family by his side. His funeral Mass took place on Monday in the Church of the Sacred Heart, Fairymount  followed by  burial in Fairymount (old) Cemetery.

Those who knew Éamon, described him as “a true gentleman” and  “a great community activist”.

Eamon was great for getting involved in community events and will be a big loss to Fairymount parish.

He worked for years at the former St. Patrick’s Hospital in Castlerea where former colleagues remember him as “ a man of great integrity, a gentleman to his fingertips, and a mine of information on many varied topics. He was always most helpful and considerate to the many who sought his advice down the years.”

Eamon  volunteered at numerous pilgrimages to Lourdes where his kindness shone through.

He was a founding member of Castlerea & District Credit Union 35 years ago and was an active board director, attending all board and chapter meetings up until his recent illness. On Monday at Castlerea Agricultural Show the Credit Union’s stand was closed as a mark of respect.

He is sadly missed by his entire extended family, neighbours and friends.

Éamon was predeceased by his parents Dominick and Annie.

During his Funeral Mass in the Church of the Sacred Heart, Fairymount symbols of his full and interesting life were brought to the altar including family photos, family was everything to Eamon; the cap he wore on his walks through the fields of his beloved Fairymount; books, symbolising his  love of reading; his tablet, which he used to keep up to date on local and international politics;  the Fairymount centenary book, showing his involvement in the parish; his hiking stick, symbolising his love of  nature;  the AGM booklet from Castlerea & District  Credit Union of which he was founding member; the Elphin diocesan book, symbolising his volunteer work in Lourdes; a tie, symbolising his desire to look  dapper, stylish and well-presented and a hammer, symbolising his  working life  as a carpenter.