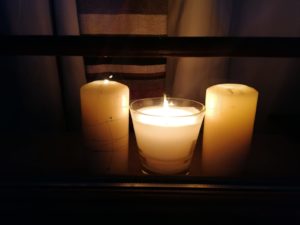 A local sporting club has cancelled its events scheduled for over the weekend as a mark of respect following the tragic death of one of its members.

Lecarrow man Dessie Byrne and his sister Muriel Eriksson lost their lives after getting into difficulty in the water on Thursday evening. They had been holidaying in the Ballybunion area. Mr Byrne, who was originally from Baylough, Athlone, had been living in Lecarrow for many years while his sister was home on holidays from Malmo in Sweden where she resided.

In a social media post, the Lecarrow Lasers Cycling Club said it was shocked and saddened to learn “of the tragic passing of our dear friend and club mate Dessie Byrne and his sister Muriel”.

“On behalf of the club, we extend our sympathies to Dessie’s family, relatives, and friends. All club activities are cancelled for this weekend,” the club said.

Speaking on RTÉ’s News at One, club chairman Noel Galvin said: “The whole community is shocked and saddened. We’re a small community halfway between Athlone and Roscommon. It’s terrible news that filtered in last night.”

, Mr Galvin said Mr Byrne was a “very prominent member of our community and he was a very popular member of our local cycling club.

“We did a lot of charity cycles over the years and he would have been a prominent member in those cycles. If he couldn’t do the cycle on the day, he was helping out in some other way. He was enormously liked in the club.

“He had his own carpet fitting business and he was known throughout the Midlands.

“Lecarrow is well known for rallying together during times of tragedies like this. We’ll rally around the family over the next few days and we’ll do what we can. People are just finding it hard to comprehend what happened.”