Tully steps down as U-20 football manager 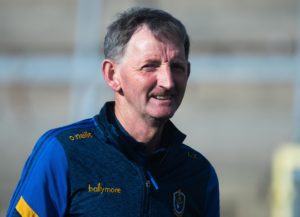 Liam Tully was in charge of the Roscommon U-20 footballers for three years.

Liam Tully’s tenure as Roscommon U-20 football manager has come to an end.

The Kilbride clubman was in charge for three years, the highlight being crowned Connacht U-20 football champions in 2021 and reaching the All-Ireland final against Offaly in Croke Park.

However, Roscommon’s defence of their crown came to an end earlier this year when they were beaten by Sligo in the Connacht semi-final.

“Liam, who was appointed to the position in 2019, worked tirelessly over the three-year period for the betterment of Roscommon GAA.

“We would also like to thank Liam’s backroom team who contributed to providing us with some great memories.

“We would like to wish Liam and his team all the best in their future endeavours,” said Roscommon GAA in a statement.

Nominations will now be sought for a new U-20 manager in the coming days.