Former Minister of State pays tribute to ‘a good friend’ 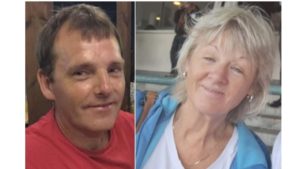 “My heart goes out to the family of Dessie and Muriel and all concerned. It’s so tragic,” said Mr Moran, who described Mr. Byrne as a good friend.

The former Minister is a native of Athlone, which is in close proximity to Baylough where the two siblings were originally raised.

“Dessie was a good friend of mine, especially when I was working in politics. Only recently, he said to me: ‘I see you’re back taxiing…I hope you’re not finished in politics.’”

“He was a gifted carpet layer and he was known both near and far. Dessie was so well got and so well thought of,” he said.