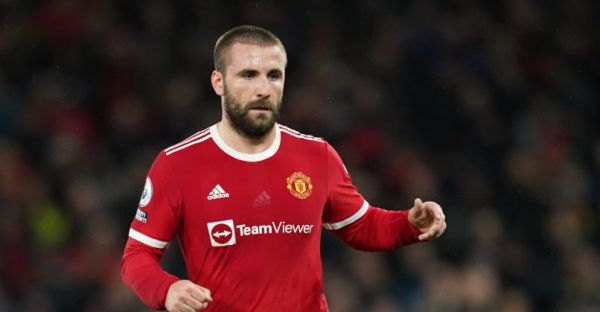 Luke Shaw says everyone is enjoying working with Erik ten Hag and buying into the new manager’s approach as Manchester United prepare to kick off a season they are desperate to end with silverware.

This time last year there was hope and expectation around Old Trafford after some eye-catching acquisitions followed second place finishes in both the Premier League and Europa League.

But manager Ole Gunnar Solskjaer was out the door by November and interim successor Ralf Rangnick floundered, with United slumping home sixth in a humiliating end to a forgettable season.

The 4-0 loss at Brighton in the penultimate match underlined everything that was wrong at United, who kick off the new campaign against Graham Potter’s Seagulls at Old Trafford.

Sunday’s encounter will be meticulous former Ajax boss Ten Hag’s first competitive match in charge after an intense pre-season that long-serving left-back Shaw is feeling the benefits of.

“I think definitely for the team we’re moving in the right direction,” the United defender told MUTV.

“The manager obviously had to come in and bring in his ideas, his structure, what he wants from the team – as a team and also individuals.

“I think everyone’s sort of buying into that and really enjoyed pre-season.

“Like I said, we’ve definitely moved in the right direction but we’ve also got a lot to improve on. We know that, we know we need to get better.”

Ten Hag has impressed since taking over and the club are pushing to bolster his squad as United look to end their relative trophy drought.

The 2017 Europa League is their last piece of silverware and Shaw has that in mind as the side look to hit the ground running.

“I think of course we’re always looking for a great start,” he added.

“I think as a team we need to aim high and I think aiming high is to win trophies. It’s been a while now.

“Under a new direction, I think it’s certainly something we should aim for. We have to aim higher.

“We have to step the standards up and we have to aim high for what we want to achieve.”

United have been hit by an injury to Anthony Martial ahead of the season opener, increasing the chances of wantaway star Cristiano Ronaldo being involved despite playing just 45 minutes in pre-season.

New signings Christian Eriksen, Lisandro Martinez and Tyrell Malacia are pushing to make their debuts, with Shaw saying the trio have been embraced by the group.

“It’s good,” he said of the dressing room dynamic. “I think it’s always been good.

“We all get on really well, we’re kind of like a family. I think it’s important. I think we need to create a sort of family atmosphere.

“I think with that everyone feels together, close and I think it makes out on the pitch better.

“When we’re together we know what everyone likes to do and what they want, so I think it’s definitely a good vibe and I think even more enjoyable as well with obviously the new manager and his ideas.”