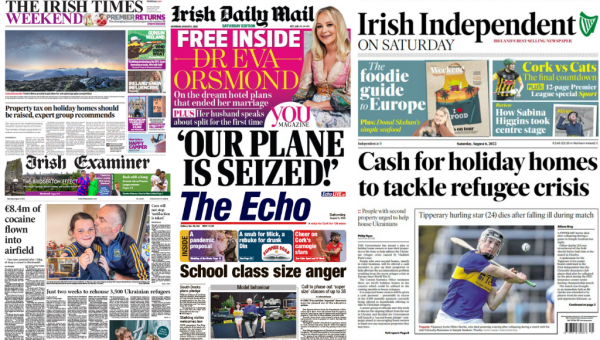 The Irish Times reports the Commission on Taxation and Welfare has recommended that the Government should increase property tax on holiday homes in the upcoming budget, as well as widening the tax net “by imposing a site-value tax on non-residential property”.

The paper also reports on a major drug seizure carried out by Gardaí under Operation Tara earlier this week, in which 120kg of cocaine was seized in Co Westmeath. 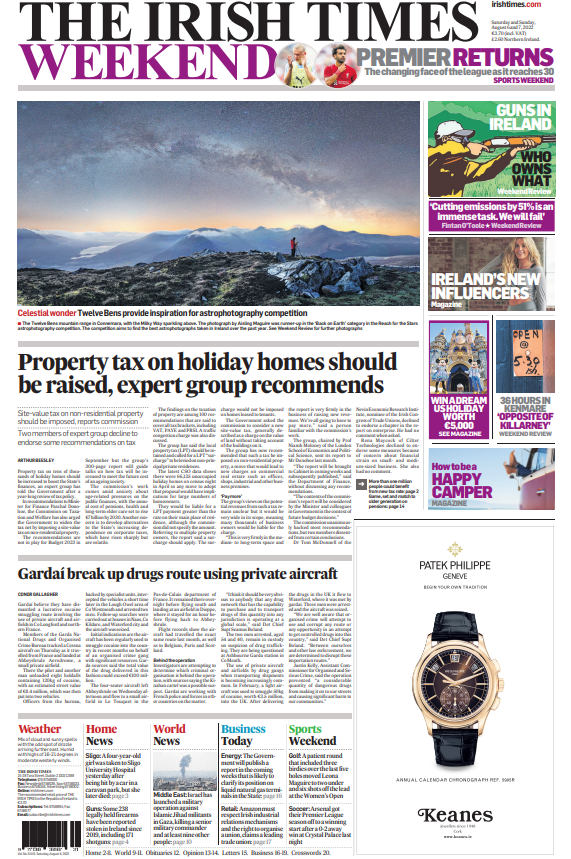 The Irish Examiner reads: ‘Just two weeks to rehouse 3,500 Ukrainian refugees’, as student accommodation currently being used to house those fleeing the war in Ukraine will need to be vacated ahead of the upcoming academic year. 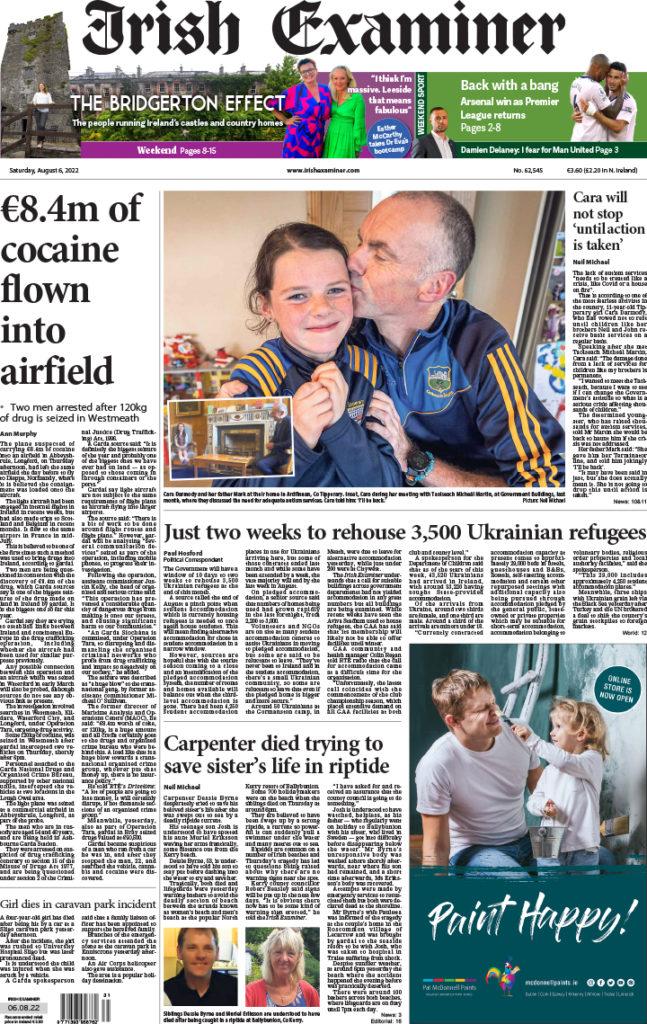 The Echo meanwhile reports that a Cork TD has raised concerns over growing class sizes after new figures from the Department of Education revealed there were over 200 classes with over 30 pupils in Cork County. 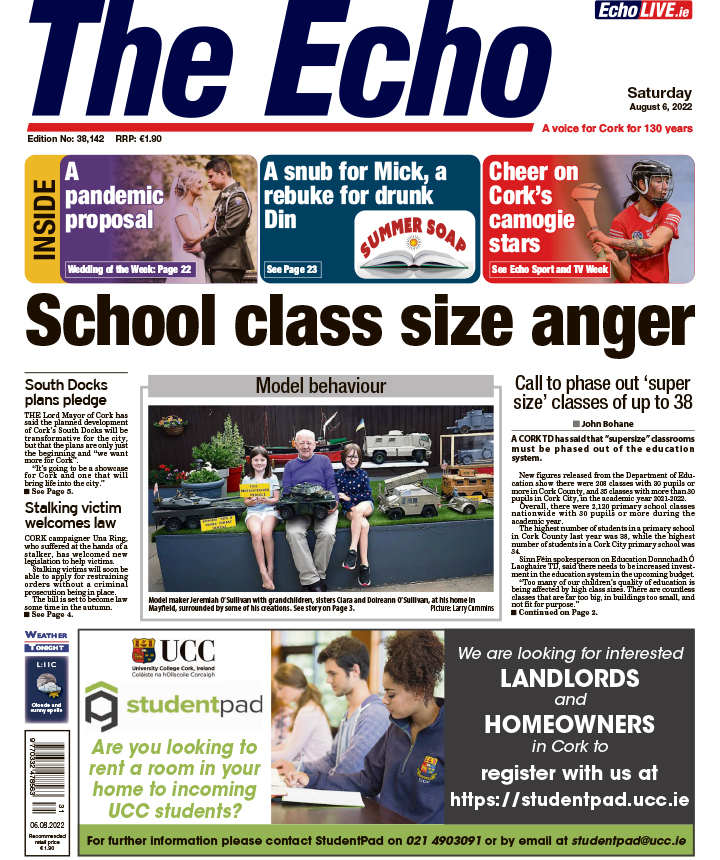 The Irish Independent carries an image of Tipperary hurler Dillon Quirke following his tragic death on Friday evening, having collapsed while playing a club match at Semple Stadium.

The paper also reports on a Government plea to holiday home owners to offer their properties up to house people fleeing the war in Ukraine.

* The Paul Newman documentary in which his family reveal the heartthrob’s less than wholesome side
* A chilling dispatch from a veteran war reporter in Kherson, Ukraine… city of the damned
* @philipnolan1 goes off-grid in the west
Just some of the stories in Saturday’s Mail pic.twitter.com/m93DhtkTd0

Our bumper weekend edition includes two great @IrishStarSport pullouts, @starchicmag, Back to School guide and a chance to win a €250 @Currys_irl voucher pic.twitter.com/DZzCvlkM0k

In Britain, Saturday’s papers feature more reaction to the prediction of a recession in the UK and continued fallout between the US and China.

The i says the British chancellor and prime minister are “missing as Britain drifts into recession” while The Independent reports on fears the recession prediction is too “optimistic”.

Saturday’s i – “Chancellor and PM missing as Britain drifts into recession” #TomorrowsPapersToday pic.twitter.com/CAn2QlpWfQ

The FT Weekend leads on Liz Truss’s pitch for tax cuts instead of “handouts” in the Tory leadership contest.

China’s decision to halt talks with the US on issues like climate change following Nancy Pelosi’s visit to Taiwan is front page of The Guardian.

The Times reports only six out of every ten A&E patients will be seen within four hours this winter, while a cyberattack on the NHS is front page of The Daily Telegraph.

Britain’s water woes is front page of the Daily Mirror, while the order to turn off Archie Battersbee’s life support leads the Daily Express.

The Daily Mail leads on a proposed crackdown on cyclists from British transport secretary Grant Shapps.

And the Daily Star‘s front page features revelations that a scientist “hoodwinked Twitter” with an image of chorizo instead of a photograph of a newly discovered planet.