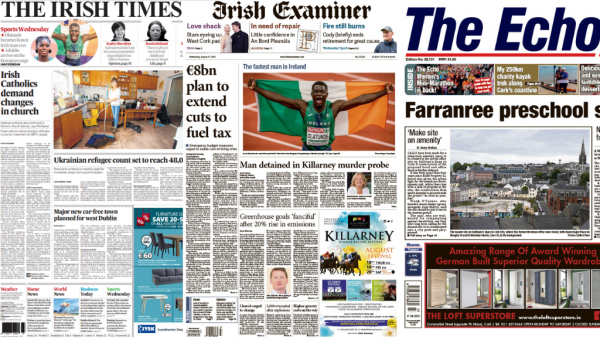 The investigation into the death of a woman in Killarney, a ‘car-free’ town in Dublin, and Ireland’s exploits at the European Athletics Championships in Munich are some of the stories covered on the front pages of Wednesday’s national newspapers.

The Irish Examiner says senior Government sources predict the fuel excise cut will be extended in the upcoming budget to ease the cost-of-living burden on households.

The paper also reports on the arrest of a man, aged in his 50s, in connection with the murder of Miriam Burns (75) in Killarney, Co Kerry. 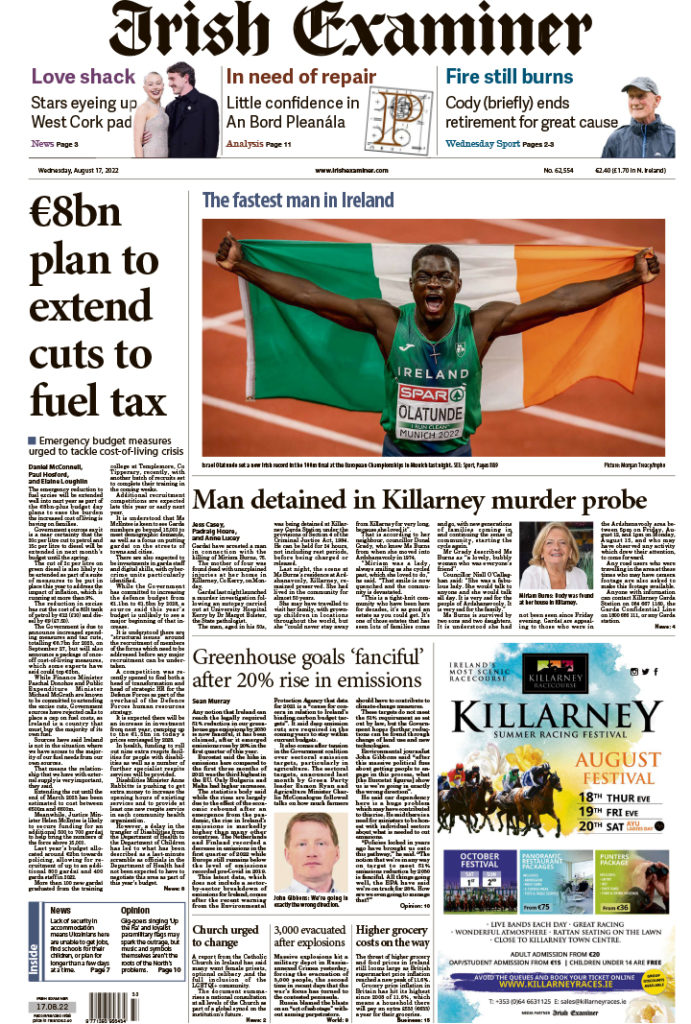 Both the Examiner and The Irish Times carry an image of Israel Olatunde after he set a new Irish 100m record while finishing sixth in the European Championships Final in Munich on Tuesday night.

The latter also reads: ‘Irish Catholics demand changes in church’, reporting on the findings of the National Synthesis report, which canvassed the views of tens of thousands of Catholics across the country’s 26 dioceses, with women priests, better treatment of the LGBTQI community, married priests among respondents’ top requests.

The paper also carries a story on City Edge, a new 700 hectares project along the Naas Road which will be “virtually car-free” and provide 40,000 homes under plans unveiled by Dublin City Council and South Dublin County Council. 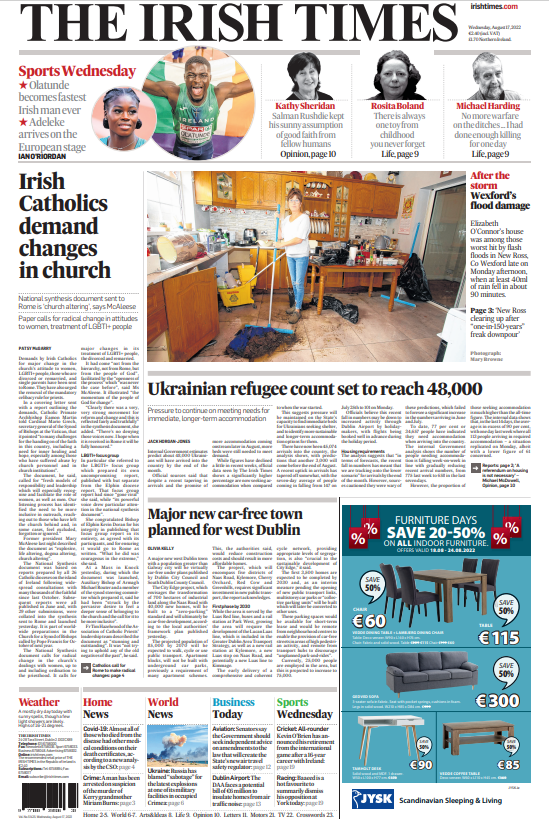 The Echo leads with: ‘Farranree preschool secure’, reporting that “a new service provider has been secured to operate a preschool services at the former Stepping Stones preschool in Farranree”.

The paper also reports on calls for the old tax office on Sullivan’s Quay in Cork City to be turned into a “temporary amenity space” if delays to a planned hotel and office project continue. 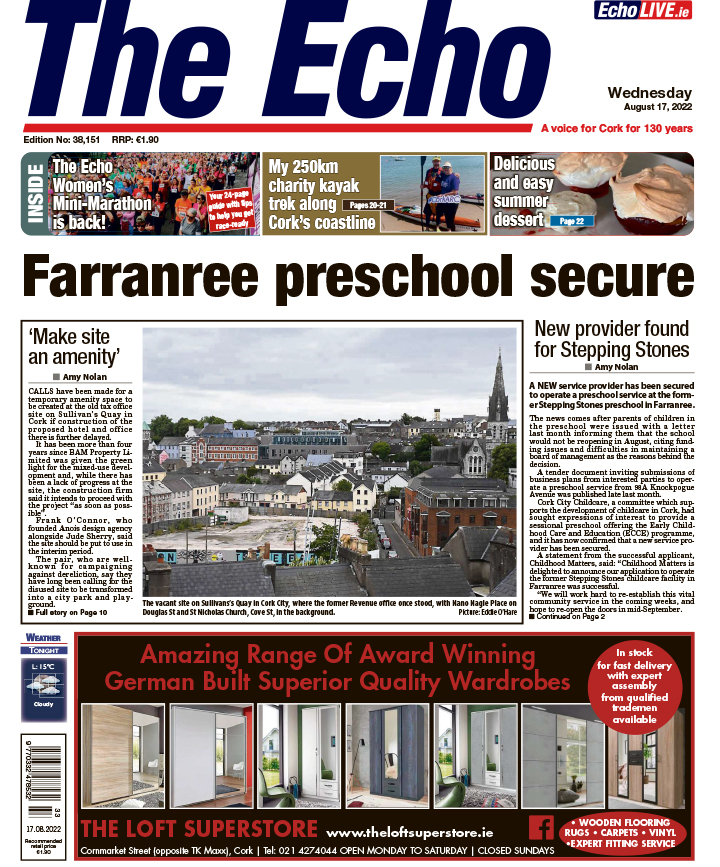 In Britain, the Tory leadership race, a “love cheat” and potential speed limits for cyclists are splashed across the mastheads.

British foreign secretary Liz Truss said British workers need “more graft”, according to a leaked recording obtained by The Guardian from the politician’s time as chief secretary to the treasury.

The Times reports former British Rishi Sunak has warned Ms Truss’s plans to tackle the cost-of-living crisis would lead to millions being “tipped into destitution”.

Former Pop Idol contestant and theatre star Darius Campbell Danesh has died in the US, reports The Sun and Metro.

Former British immigration minister Chris Philp writes in The Daily Telegraph that the UK’s modern slavery law has become one of the biggest loopholes allowing illegal migrants to escape deportation.

Self-confessed “love cheat” Ryan Giggs has told a jury he was unfaithful in all his previous relationships but has never assaulted a woman, reports the Daily Mirror and Daily Star.

The Independent covers police forces in England and Wales being told to sack officers guilty of domestic abuse or racism.

And the i has former British prime minister Tony Blair calling on the UK government to bring back compulsory masks on public transport and offer all adults a booster jab this autumn to prevent a winter wave of Covid.

Wednesday’s front page – Omicron jab: Blair calls for every adult to get booster