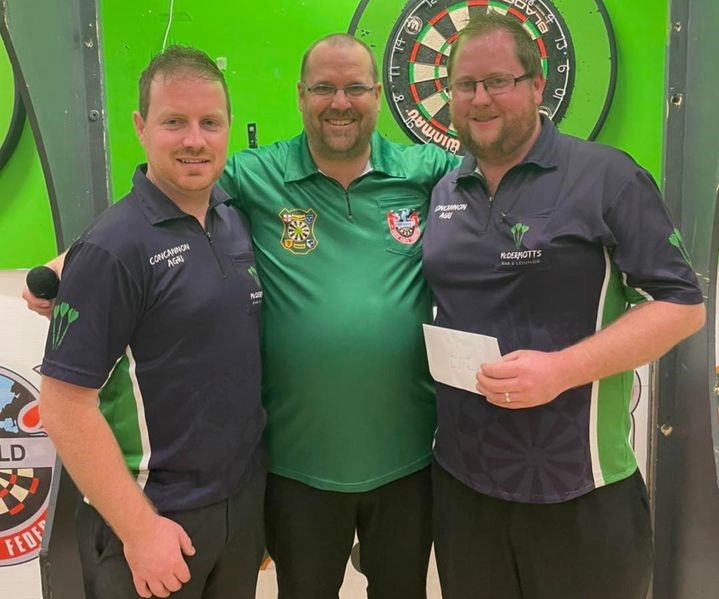 A County Roscommon darts player hit the jackpot by winning the singles and doubles competitions at the country’s biggest tournament over the weekend.

David Concannon from Ballinaheglish won the singles at the INDO (Irish National Darts Organisation) Masters in Ennis this afternoon, defeating Mike Flynn, 4-3, in the final of a competition that attracted 91 players.

It was Concannon’s second time to win the singles competition, having tasted success in 2014.

On Saturday, David teamed up with his cousin Thomas, who reached the singles quarter-final, to be crowned doubles champion, beating J. Boyce/A. Devine 6-5 in the final.

The Irish Masters is recognised as the biggest tournament in the country and attracts the top players in the land.