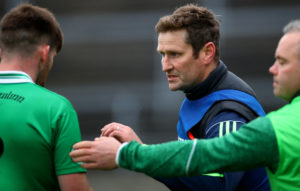 A new front frontrunner has emerged in the race to succeed Anthony Cunningham as Roscommon senior football manager.

According to The 42, former Kilmore and Roscommon player Don Connellan is now one of the leading candidates to be the new man at the helm for next season.

Connellan has an impressive club CV in Galway where he has managed Moycullen for five years, leading the club to county senior football championship success in 2020.

He was part of the NUIG management as the Galway university famously won the Sigerson Cup earlier this year, a side that featured a number of Roscommon players.

Connellan made his championship debut for Roscommon during the 1-12 to 1-10 victory against Leitrim in Carrick-on-Shannon in 1993 before being part of the Connacht-championship winning panel in 2001.

Pádraig Pearses manager Pat Flanagan also remains in the hunt to succeed Anthony Cunningham, having been nominated for the role by the 2021 county and Connacht club champions.