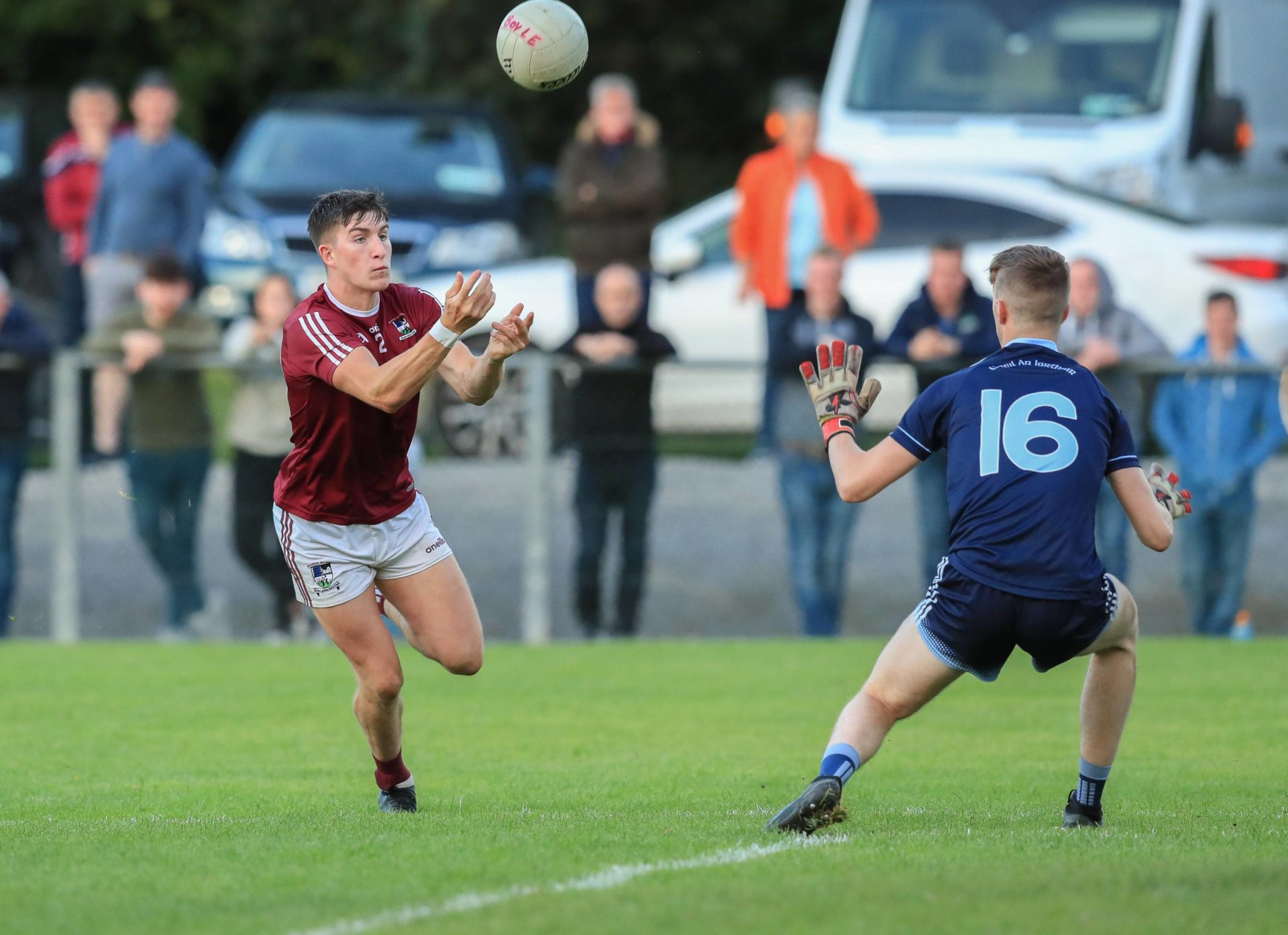 Boyle will carry huge momentum into the knockout stages of the Hodson Bay Hotel Senior Football Championship after they put an understrength Clann na nGael side to the sword at Dr. Hyde Park, recording a 4-18 to 1-11 victory to claim top spot in Section B and automatic seeding for the quarter-final draw.

Clann, who were without Paddy Gavin, Ultan Harney and Graham Pettit but who also welcomed Ciarán Lennon, Feargal Lennon and Jack Connaughton back following their transatlantic summer, conceded the first two points but settled into the game with four in a row in the early stages.

However, Boyle took over, with their full forward line in scintillating form, led by Daire Cregg. The county U-20 star showed quick thinking to set up a first half goal for Donie Smith, then shot a second half hat-trick of his own to finish with 3-4. Smith added 1-4 while Cian McKeon shot 0-4, though manager Cian Smith will be hugely concerned to see McKeon needing assistance to leave the field following a second half injury.

Elsewhere in the group, St. Faithleach’s kicked three late points in injury time at Strokestown to book their place in the playoffs at the expense of Western Gaels.

There was little between the sides for a lot of the game. The Gaels led by two at half-time but an early Diarmuid Murtagh goal helped put his side in front. The men in blue responded well and a Luke Hester goal levelled affairs by the third quarter.

Western Gaels edged ahead by a point on the stroke of normal time and Cathal Cregg, who was a key figure for his team, had the chance to secure the win but he blasted the ball wide in injury time from pointblank range.

Eight minutes of injury time was played and Faithleach’s finished with a flourish with points from Diarmuid Murtagh (2) and David Rooney confirming a 1-15 to 1-13 win.

Western Gaels will be joined in the relegation playoffs by Tulsk, who suffered a heartbreaking home defeat to St. Brigid’s, 1-10 to 0-12. Brigid’s flying start, which yielded 1-2, including a Bobby Nugent goal was, ultimately, what won them the game. .Thomas O’Rourke gave a valiant home team hope, but late points from Paul McGrath and Davy Cunniffe snatched the win for Jerome Stack’s side.

Pádraig Pearses claimed second spot in Section C and an automatic quarter-final place when they edged out Strokestown by 1-14 to 0-15, thanks to consecutive points in the 5th minute of injury time from substitutes Matthew Feehily and Emmett Kelly.

However, Strokestown were relieved to hear of St. Brigid’s win, as it means that the black and amber jerseys will be part of tomorrow’s playoff draw, and on this form, could yet have a say in this championship.

Much of the game was nip and tuck, the sides level twice in the first half and four times in the second. Strokestown led by 0-8 to 0-7 at the break but a Conor Daly goal and Ronan Daly point early in the second half opened up daylight between them.

But a resilient Strokestown scored four points on the bounce to help keep the game in the melting point. The game was level on the stroke of normal time, before Pearses’ late heroics secured the win.

Finally in section A, Peter Gillooly (1-6), Cian Connolly (2-1) and Richard Walsh (0-3) were the star men for Roscommon Gaels, who put in a stunning attacking display to overcome Michael Glaveys by 4-15 to 2-8.

The Gaels conceded the first point but then scored 2-5 without reply to establish a firm foothold, and they briefly moved 17 points clear before late goals for Darragh Heneghan and Andy Glennon (a penalty) gave Michael Glaveys some crumbs of comfort.

The final senior game of the weekend was played last night in Kiltoom, where Oran had eight points to spare over Elphin in a dead rubber contest. The table toppers led by 1-12 to 0-3 at half-time, Kieran Whyte scoring their goal while Darragh Walsh kicked 0-5 in his first start since coming back from the US.

Elphin introduced Fintan Cregg and Aidan Murray at half-time and they helped stem the tide. James Fitzpatrick’s goal pushed the lead out to 16 points at 2-14 to 0-4, but two excellent Aidan Murray goals cut the final gap to eight, 2-15 to 2-7.

The results mean that Boyle, Oran and St. Brigid’s have secured quarter-final seeding, with one out of Roscommon Gaels, Pádraig Pearses and Clann na nGael to join them in that pot. One out of Michael Glaveys, Strokestown and St. Faithleach’s will be drawn straight into the quarter-finals while the other two will play off for the eighth knockout place, while tomorrow’s relegation playoff draw will feature Western Gaels, Elphin and Tulsk.

For full reports on all these games, check out Tuesday’s Roscommon Herald.