They may have suffered late heartbreak in their final round clash with Pádraig Pearses yesterday evening, but Strokestown got a reprieve in this evening’s playoff draw as they were handed a bye into the last eight of the Roscommon Senior Football Championship.

St. Faithleach’s will play Michael Glaveys in next weekend’s playoff round to determine who will make up the eighth and final team in the quarter-final pot, while in the relegation playoffs, Elphin and Western Gaels will have two chances to save their senior status.

They were drawn out to meet in the relegation semi-final, with Tulsk Lord Edwards set to face the losing club to determine who will drop to intermediate level in 2023.

At intermediate level, Creggs were drawn to advance straight into the quarter-finals with St. Aidan’s and Kilbride set to clash in the playoff, while there will be a local derby in the relegation playoffs between Kilmore and Shannon Gaels with the losing club taking on Clann na nGael B.

Finally at junior level, Ballinameen was the club that advanced to the last eight without kicking a ball as Western Gaels B and Roscommon Gaels B were drawn into the playoff, and there was no need for a relegation draw as the three teams that finished bottom of their respective groups were St. Barry’s, Boyle B and St. Joseph’s.

Since no first team can be relegated below junior level, St. Barry’s and St. Joseph’s are finished for the year while Boyle B will drop down, following their 1-12 to 0-11 defeat to St. Michael’s this evening. 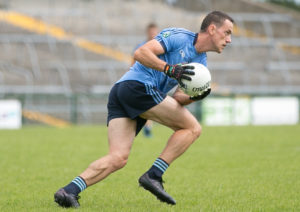 Ciarán Cafferky and Western Gaels will be back in action against Elphin next weekend.