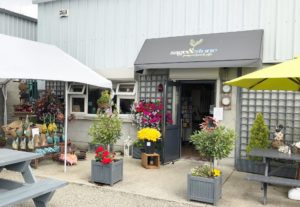 A café owner has urged people to “smarten themselves up” and get dressed after banning pyjamas from her store.

“I arrived in after dropping the kids off at school — not in my pyjamas by the way — and I had two women being served by my lovely staff, who were all suited and booted in their clean uniforms,” Ciara told Today FM.

“They were serving these two women in their pyjamas, dressing gowns and slippers and sorry. They were on their holidays on the way to the airport,” she continued.

“I tell you I wouldn’t like to be sitting beside them on that plane because those pyjamas were not on their first use — they weren’t fresh.

“That was quite discernible because they had walked around my gift shop and we had to have a little bit of a spray after it.

“I’m not putting up with it. I don’t care,” she explained.

The café said it welcomed anyone and everyone wearing smart casual clothing but highlighted that it “draws the line” at pyjamas.

“Let’s just get dressed every day. Let’s just smarten ourselves up in this country.

“I’m watching people go into the supermarket in their pyjamas and I think it’s dreadful. So, I’m not having it in my place.

“I think, let’s have some standards in this country and let people get dressed and washed and out the door,” she concluded.