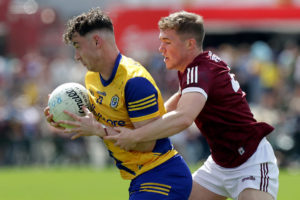 A Roscommon senior footballer faces a few months on the sideline through injury.

Boyle forward Cian McKeon was stretched off during the opening half of his side’s heartbreaking defeat against Strokestown in last month’s county senior football final.

It was feared that McKeon had suffered a cruciate ligament injury, which would have ruled him out of action next season.

However, it is being reported that has broken a bone in his leg, which will put him out for between three and four months, meaning that he may return in time for the second half of the National Football League in 2023.

McKeon is one of the county’s most promising forwards and was the second highest scorer in this year’s senior football championship.