Finn reveals devastation at missing out on county final 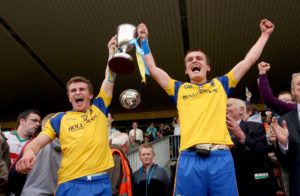 Finn, who captained the county minors to provincial championship success alongside Enda Smith in 2012, has been ravaged by injury throughout his career, and the injury jinx struck again ahead of his side’s county final against Boyle in October when he broke a bone in his foot during his side’s semi-final victory against Roscommon Gaels.

“I still had it in my head that I was going to play in the county final. But while the lads were training in Hyde Park ahead of the final, I was in the hospital getting an x-ray on my ankle.

“I won’t lie, I was devastated. That was the one that hit me the hardest. It was my biggest game — a county final for the club, and I was going to be missing it

“I was lying in the bed that week thinking about it. At training, you’re trying to be a voice in the dressing room, but I really struggled to get the words out,” he recalled.