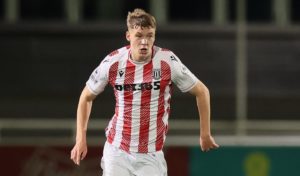 A young footballer with strong Roscommon roots has received his first call-up for his country this week.

Christy Snr is well known in GAA circles in both his club (Roscommon Gaels) and county. He was sub goalkeeper on the Roscommon senior football team that were beaten by Kerry, 1-12 to 1-6, in the 1962 All-Ireland final. Christy Snr’s son, Chris, has also played for the Rossies and was a stalwart on successful Roscommon Gaels teams in the nineties and the early part of the new Millennium.

Bonnie, who lives in Altrincham, South Manchester, told the Roscommon Herald, that the family was very proud of Christy’s international recognition.

“Christy’s dream has always been to play for Ireland. We’re huge Celtic fans as well,” she said.

Seventeen-year-old Christy was named on the bench for Ireland on Wednesday (yesterday) as they defeated Sweden 3-1. The Boys in Green will play Denmark on Friday (tomorrow), where Christy is hopeful of earning his first cap, and hosts Croatia on Monday.

“We’ve been back to Roscommon loads of times. Every time we go back, we get such a warm welcome. Christy loves it over there. He keeps referring to Christy as ‘Uncle Christy’.

Hopefully, it won’t be long before Christy Snr. gets to see his namesake play at the Aviva Stadium.

“That would be the ultimate dream,” concluded Bonnie. 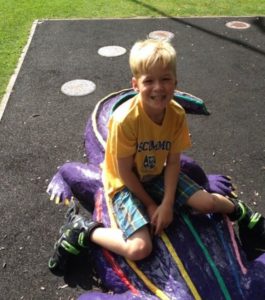 Republic of Ireland and Stoke City defender, Christy Grogan, sporting a Roscommon top during his many visits to the county.