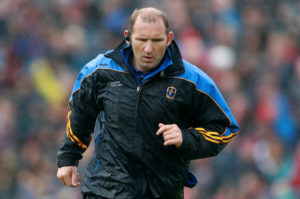 After all their dominance in Sligo, Toulestrane have finally translated their local superiority into something tangible in the Connacht Club Senior Football Championship.

At Avant Money Páirc Seán MacDiarmada this afternoon, the Sligo side, managed by former Roscommon player and manager, Fergal O’Donnell, edged out St. Mary’s by 0-8 to 0-6 to reach the club’s first Connacht final since 1982 when they were beaten by Clann na nGael.

Tourlestrane found themselves four points behind, 0-6 to 0-2, at the break but they produced a rousing second-half performance to keep the home side scoreless in tough conditions.

The result also means that this year’s Connacht club senior football champions will be managed by a Roscommon man as Strokestown, managed by John Rogers, and Moycullen, managed by former Kilmore and Roscommon player Don Connellan, meet in the other semi-final at Tuam Stadium at 1.30 p.m. on Sunday (tomorrow).