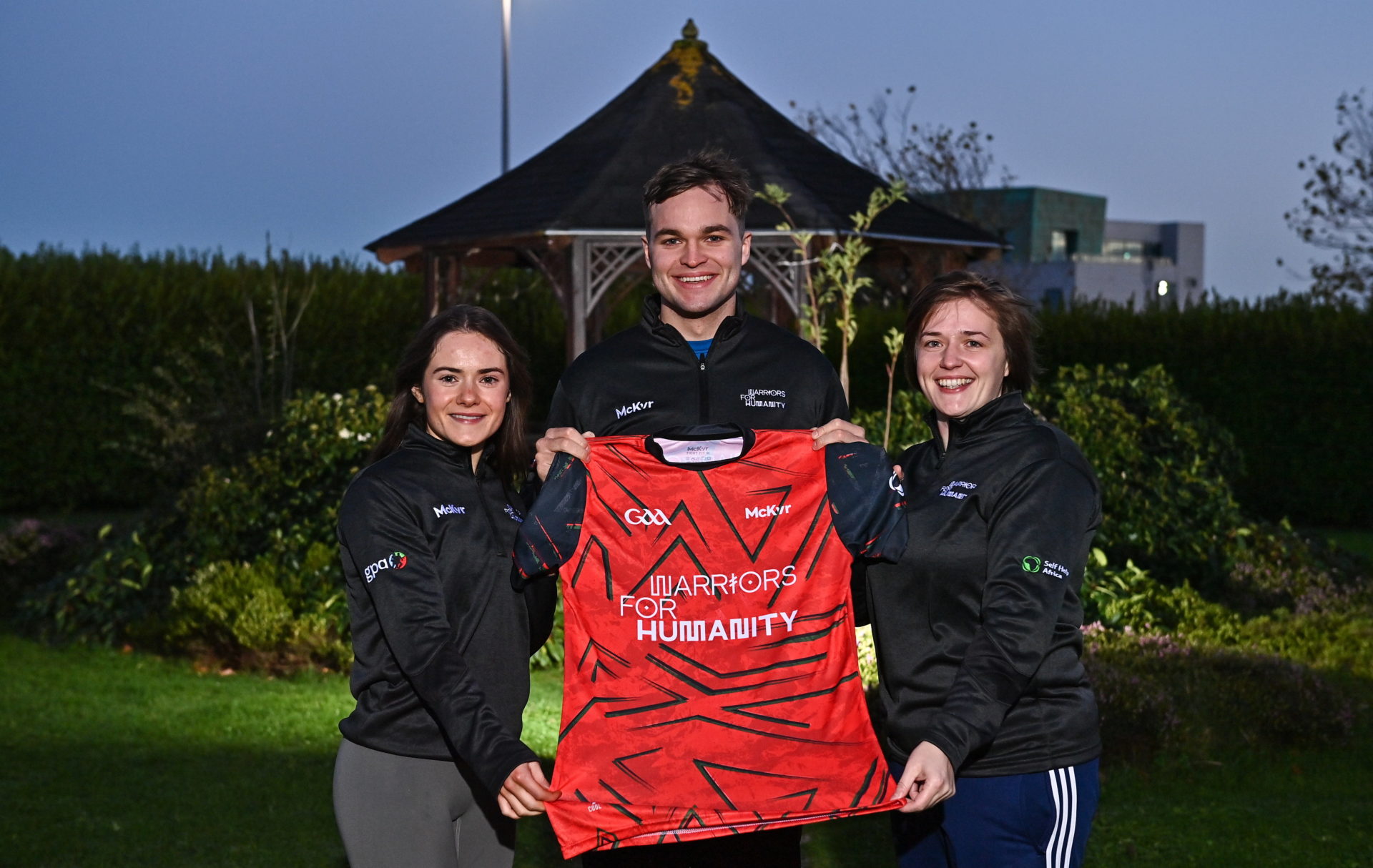 Three Roscommon GAA are  Africa this week helping to plant a million trees and raise awareness of the impact that climate change is having on some of the world’s most vulnerable people.

Roscommon GAA stars Roisin Wynne, Ultan Harney and Mairead Cogan have joined 50 sportsmen and women from across the country on a week long trip to Kenya, which included playing a series of GAA matches billed as the ‘Plant the Planet Games’, which took place in Nairobi at the weekend.

Participants aren’t just raising awareness about climate change either, as they are collectively aiming to raise more than €350,000 in sponsorship support, to plant a million trees in Africa and support the efforts of Irish development charity Self Help Africa to combat the effects of climate change amongst small-scale farming communities.

The event is being organised by former Galway dual-player Alan Kerins ‘Warriors for Humanity,’ the Gaelic Players Association and Self Help Africa, and will also include a programme of sports sessions with children, tree planting days to rehabilitate degraded lands, and visits to agricultural projects being implemented by Self Help Africa in Kenya.

Alongside the Roscommon players on the inaugural ‘Plant the Planet Games’ are Clare hurler Podge Collins, Galway footballer Damien Comer, Tyrone’s Conor Meyler, Kilkenny’s Grace Walsh, and Aidan O’ Shea from Mayo. The players took to the field for a series of exhibition games at Nairobi

Rugby Club on Sunday, and were the guests of honour at a reception hosted by the Irish Ambassador to Kenya, that night.

Speaking about the event, Alan Kerins of Warriors for Humanity said that “Gaelic Games has an ability to bring communities together for a greater good, and we are sure this event will be no different.”

Director of Business Development at Self Help Africa, Martha Hourican said that tree planting in Kenya would do much more than remove harmful greenhouse gases from the atmosphere, as the trees being planted would provide alternative sources of food, additional crops that could be sold for income, and would help restore degraded land and improve soil quality for farming in Kenya and elsewhere on the continent. Self Help Africa planted one million trees in Africa last year in a collaboration that was supported by popular yogurt brand Glenisk.

Gaelic Players Association CEO, Tom Parsons, said that a key element of the GPAs role was to empower inter-county players to realise the bigger picture beyond sport. “Not only will this campaign allow the players to come together and experience something entirely different, but in doing so they will also be able to leverage their influence off the field of play in support of the planet and some of the world’s most challenged communities.”