‘Overnight’ residents in Roscommon estate can no longer get flood insurance 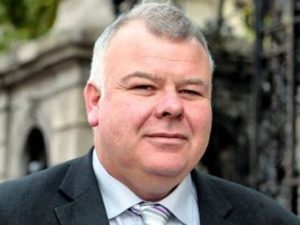 Residents in a housing estate in the county “overnight” can no longer get insurance due to a previously unheard of flooding risk, the Dáil has been told.

During a discussion last week on insurance, Independent TD Michael Fitzmaurice said insurance companies, despite making millions in profit, “seem to be picking and choosing and doing their own thing” regarding cover.

“An estate in Ballaghaderreen that was built 40 years ago has never had a problem with water, flooding or anything else,” he told Tánaiste Leo Varadkar.

“I checked with Roscommon County Council and there was never a problem. The council could see nothing in any way that could affect the estate. I checked the Office of Public Works’s one-in-100-year and one-in-1,000-year maps. Lo and behold, an insurance company decided randomly to get a Dutch company to look at the estate to which I refer.

“People will probably find out that it also looked at other estates throughout the country. Some genius, as part of a desktop exercise, decided that there may be a risk of flooding down the line and the residents of the estate can no longer get insurance.”
He added that no state agency had ever “red-flagged the estate in question as being one where there could be trouble”.

“However, an insurance company has decided overnight that it cannot insure the residents’ houses in respect of flooding,” Deputy Fitzmaurice said. “That is a damnable situation for those who have not had any problem whatsoever for 40 years.”

The Tánaiste asked the local TD for details so that the matter could be taken up with the regulator and the industry.